Tripler's Report on Sanitation in the Army of the Potomac

This report should explain one of the reasons disease ran so rampant in Civil War Camps. It was written by Surg. Charles S. Tripler. 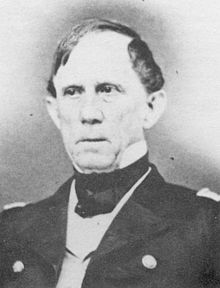 HEADQUARTERS ARMY OF THE POTOMAC,

SIR: I have the honor to submit the following report of the sanitary condition of the Army of the Potomac, deduced from the reports received at this office for the months of October and November:

This army having been hastily assembled, and its medical officers of all grades appointed from civil life, and necessarily without military experience, it has been no easy task to collect the proper reports. Up to the month of October but a small proportion of the regiments made reports, and few of those received were made out with sufficient accuracy to be considered useful or reliable. As the medical officers learn more of their duties, I am happy to say that greater punctuality is observed in this respect. I received for the month of October reports from 129 regiments, 7 battalions, 14 batteries, and 8 general hospitals. The aggregate strength of the forces from which these reports were received is 116,763. Of these 38,248 were under treatment during the month in the field and general hospitals; 27,983 were returned to duty; 295 died, and 7,443 remained under treatment at the end of the month; 510 were discharged on surgeon's certificate of disability. These men never should have been enlisted; they were simply impositions upon the Government, and were received through the carelessness or incompetency of the recruiting or inspecting officers. The same remarks may apply to those who will be presently noticed as having been discharged in November. The ratio of the sick remaining at the end of the month to the whole force was 6.07 per cent. The ratio of deaths is 3.03 cent per annum.

For the month of November I have reports from 156 regiments, 6 battalions, 20 batteries, and 8 general hospitals. From the division commanded by General Dix I have no reports.

The aggregate strength of the forces from which I have received reports is 142,577. Of these, 47,836 have been under treatment in the field and general hospitals, 35,915 of whom have been returned to duty, and 281 have died; 9,281 remained under treatment at the end of the month; 618 have been discharged upon surgeons' certificates of disability. The number remaining is considered the constant diminution of force due to sickness. This is 6.5 per cent. Of these, however, more than one-half are probably capable of taking the field, and would do so <ar5_112>in case of an advance or an attack. The proportion of serious cases to the whole number treated is about one-third, and this I should consider as the true number of the sick who would be unfit for any duty at any given time. This would give 2.3 per cent. as inefficient.

The deaths have been in November 281, which gives a mortality for the whole force of 2.36 per cent per annum.

The diseases from which our men have suffered most have been continued remittent and typhoid fevers, measles, diarrhea, dysentery, and the various forms of catarrh. Of all the scourges incident to armies in the field I suppose that chronic diarrheas and dysenteries have always been the most prevalent and the most fatal. I am happy to say that in this army they are almost unknown. We have but 280 cases of chronic diarrhea and 69 of chronic dysentery reported in the month of November. No other army that has ever taken the field can show such a record. We have 1,331 cases of measles reported in November. This disease almost invariably appears among irregular troops in a few weeks after they are assembled in camp. The regiments among whom these cases have occurred are those recently arrived. Most of them reached this city with the disease prevailing. It has been generally of a mild form, soon running through the regiment, and then disappearing. I don't consider its propagation under these circumstances as due to contagion. On the contrary, it springs up from local causes, to which all the men are equally exposed, and those susceptible become its subjects as a matter of course. Among regular troops it is very rarely seen.

Of fevers of all sorts we have had 7,932 cases. Of these 4,051 were remittents and typhoids. The proportion of the latter to the former is stated to be 1 to 2.3. I have every reason to believe that this is greatly exaggerated from error in diagnosis. I do not look upon typhoid fever to the extent it has prevailed in this army as being of any great moment. From the report of inspectors of hospitals, as far as inspections have yet been made, I am satisfied this disease, if it ever prevailed to that extent, is now considerably declining. The regiments that have suffered most from fevers in November have been the Vermont, one from Maine, one or two from Pennsylvania, and one from Indiana. In all these regiments disease is now sensibly abating, and we have every reason to hope that in a few months their sanitary condition will be equally as good as that of the rest of the army.

I think there is abundant reason to be satisfied with the progress that has been made in this army in introducing something of a system of hygiene; in instructing its medical officers in their duties; in keeping them supplied with sufficient medicines, hospital stores, and instruments; in exacting from them a proper accountability for public property, and insisting upon its being used with economy; in preventing the army from being burdened with articles that, however convenient they may be, are not absolutely necessary, and cannot be transported in any possible supply train, when the men are required to march; in requiring reports at short intervals of the sanitary condition of the regiments, and in instituting regular and thorough sanitary inspections, by officers of experience of the medical department of the army, who are competent to perform that duty, who understand what is necessary and what superfluous, and upon whose reports we can undertake to correct errors and abuses understandingly.

The result of all this great effort is seen in the statistics above recorded. While the ratio of cases of disease to the whole force does not differ for the two months reported, the ratio of mortality is .67 per cent. <ar5_113>per annum less in November than in October--a difference which, if secured in civil life, would make the fortune of an insurance company.

Important information is being constantly received from the inspectors of hospitals as to all matters relating to the comfort and health of the troops, thus affording opportunities for correcting errors and irregularities wherever they may be found to exist. A satisfactory progress has been made in improving the sanitary condition of the Army of the Potomac, and there is no reason to fear that this progress will not continue to be made until the health of this army will be such as will leave nothing to be desired.