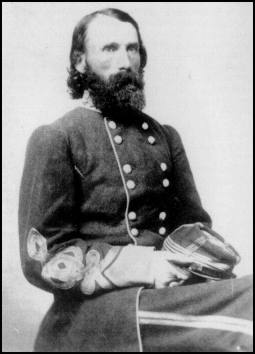 For years, writers cited the Commander of the Third Corps, Army of Northern Virginia (ANV) as having some type of psychosomatic disorder. It always seemed to them that when the action was getting hot or stressful, down went A.P. Hill. In his book A.P. Hill: The Story of a Confederate Warrior, James I. Robertson challenges this idea saying that General Hill suffered cruelly from prostatitis, brought on by his "youthful indiscretion" while on furlough from West Point. We can not say for certainty if this was indeed what was wrong with Hill. Some say that the General was suffering from malaria. A.P. Hill was born November 9, 1825 in Culpeper, Virginia. While he was a cadet at West Point in the summer of 1844 he contracted gonorrhea. The disease was so bad that he graduated a year behind, in the class of 1847. He suffered from typhoid fever in Mexico and from yellow fever later. Hill was wounded at Chancellorsville through the calves of his legs. At Gettysburg on July 1, he was ill. Between 1864 and 1865 he suffered from occasional illness. The suggestion of Robertson was that he was suffering from prostatitis and a stricture, resulting in chronic infection, impaired kidney function, and uremia. This is, however, only speculation. Hill was killed by a bullet through the heart on April 2, 1865 at Petersburg. (Read a profile of General Hill.) 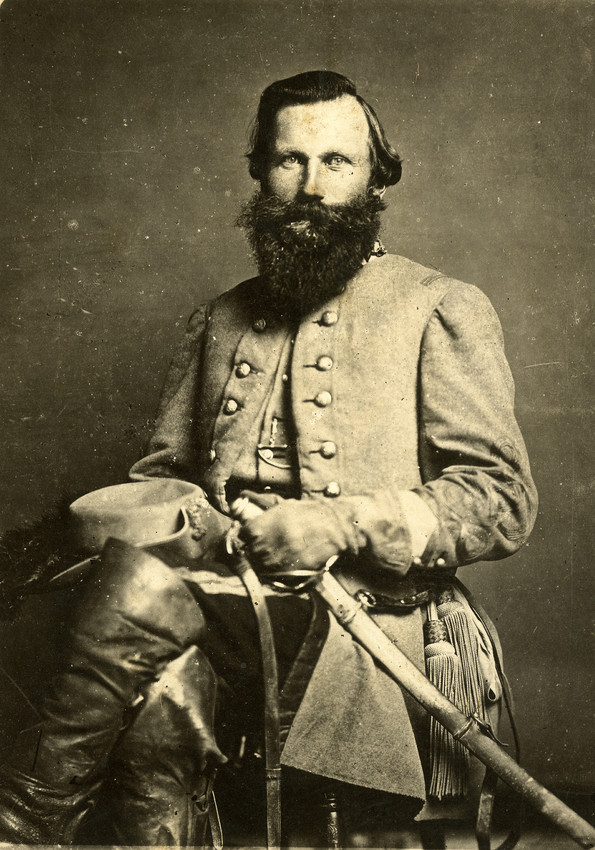 JEB Stuart was commander of the ANV's cavalry and was mortally wounded at the battle of Yellow Tavern in May of 1864. Stuart was born Feb. 6, 1833 in Patrick County, Virginia and graduated from West Point in 1854. He was wounded in the chest on July 29, 1857 in Kansas by a pistol shot. On May 11, 1864, Stuart was shot by a dismounted trooper at a distance of only 10 to 15 yards. The bullet had a speed of 700 feet per second. The bullet entered on the right side below the ribs. It passed into the peritoneal cavity. Stuart's intestines were perforated in at least a few places. He also suffered from damaged blood vessels. There was speculation that the bullet had ranged up and passed into his liver. It took him 27 hours to die. Stuart died from a combination of peritonitis and internal hemorrhaging at about 7:30 in the evening of May 12, 1864. (Read a profile of James Ewell Brown Stuart.) 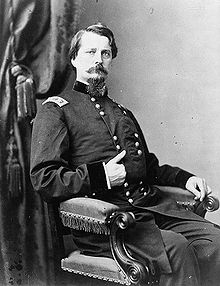 A wound suffered at Gettysburg hindered the rest of famed Second Corps General Hancock's Civil War career. Born on Valentine's Day, 1824, Hancock graduated from West Point in 1844 and served in the Mexican War. He was wounded slightly in the knee at Churubusco and was suffering from chills and fever during the battle of Chapultepec. Hancock was wounded while sitting on his horse on July 3 at Gettysburg. The bullet entered his right thigh and lodged, carrying in some foreign material. An improvised tourniquet staunched the bleeding. The wound remained a constant problem for Hancock until a surgeon, Dr. Louis Read, was able to find the bullet and remove it. In June of 1864, the wound reopened and bone fragments extruded from it. Hancock gave up command on June 17, but returned to command on the 27th. He gave up command of the Second Corps in November 1864. Hancock died on Feb. 9, 1886 in New York. The book Hancock at Gettysburg by A.M. Gambone gives much detail about General Hancock's wounding. 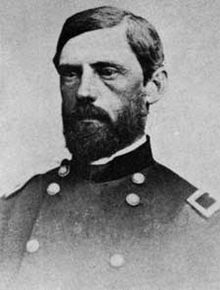 General John F. Reynolds fell defending his native state of Pennsylvania in command of the Left Wing of the Army of the Potomac. Reynolds was born on September 20, 1820 in Lancaster, Pennsylvania and graduated from West Point in 1841. Before the War, he suffered from at various times bilious fever, yellow fever, and malaria. On the morning of July 1, Reynolds was shot through the back of the head by a rifle ball. The bullet entered behind the right ear and passed through the brain. He fell face down from his horse. No obvious bleeding was present. When his aides turned him onto his back, he smiled, gasped once, and apparently died. He apparently died within a minute or two of being shot. 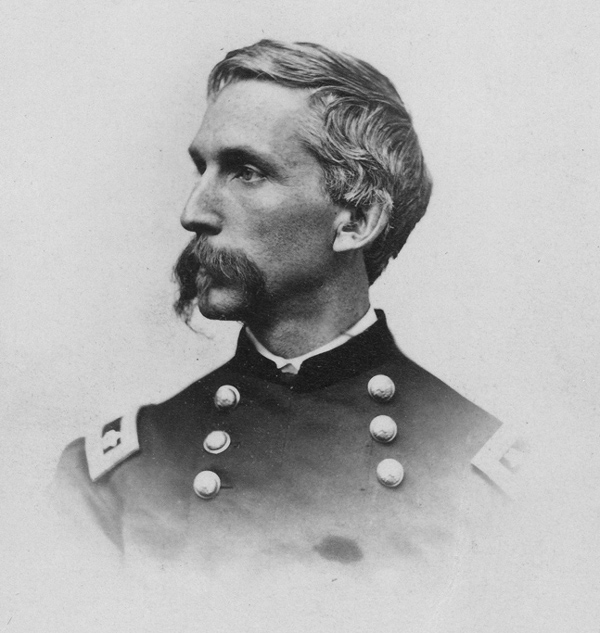 A terrible wound taken at the battle of Petersburg was declared by surgeons to be mortal, but it would be fifty years before General Chamberlain succumbed to the wound. Born Sept. 8, 1828, Chamberlain saw action with the Fifth Corps Army of the Potomac from Antietam to Appomattox. He was scratched on the face at Fredericksburg in Dec. 1862. In June 1863, he suffered sunstroke. At Gettysburg on July 2, he was wounded twice in the foot and hip. Both wounds were minor. From August on, he suffered from malaria. On June 18, 1864, he was shot, the bullet passing through his hips and body. The bullet severed arteries, nicked the bladder, and broke the pelvic bones. Expected to die, Chamberlain survived. Returning to the Army, he was wounded at Quaker Road on March 29, 1865. The bullet passed through the neck of his horse, hit his arm, and struck him in the chest where it was deflected. Chamberlain suffered for the rest of his life with the wounds he took at Petersburg though he had a distinguished post war career. Eventually, the infection caused his death on Feb. 24, 1914. (Read a profile of Joshua Lawrence Chamberlain.)