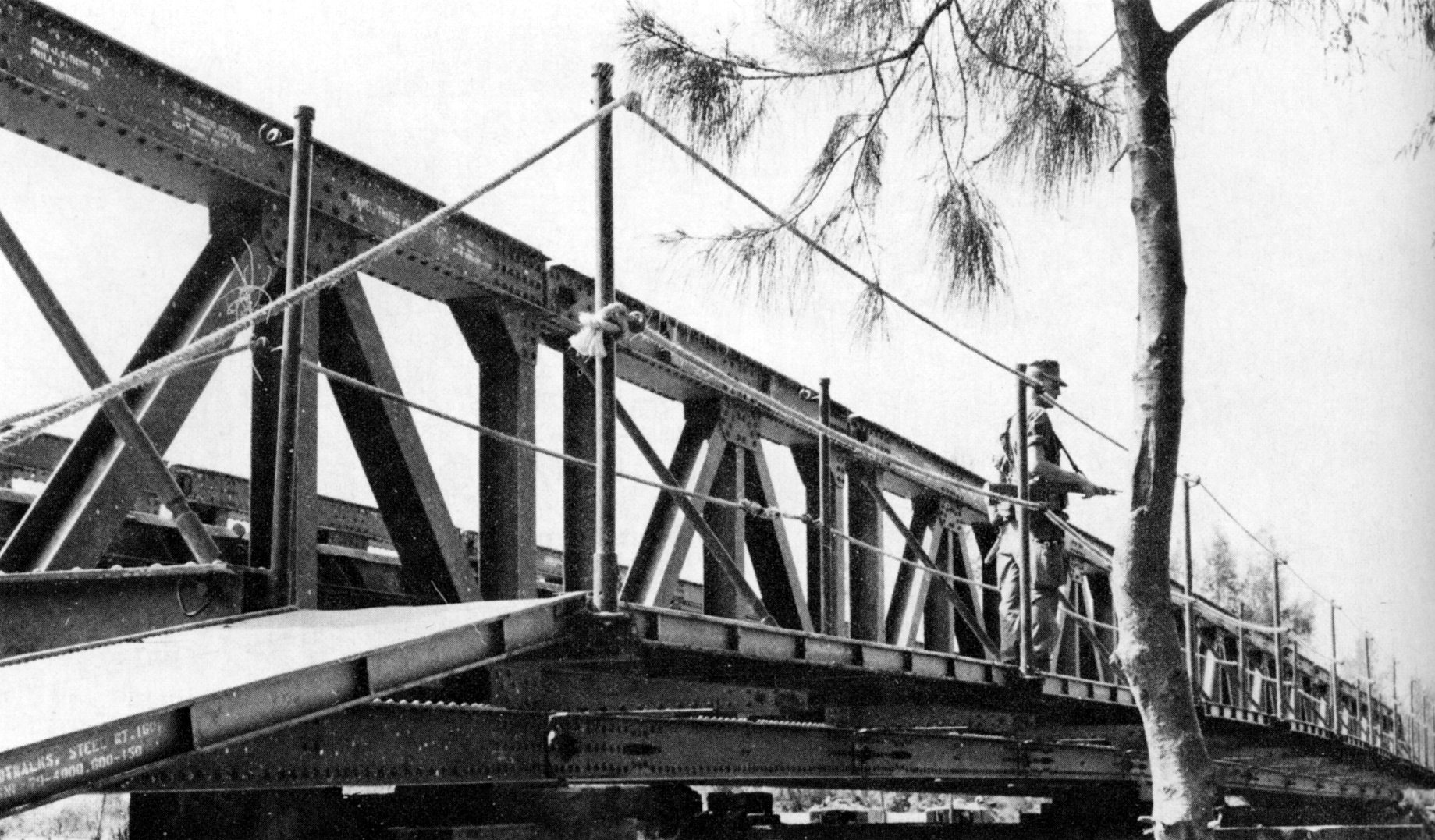 A Marine stands guard on a newly built 195-foot span near Marble Mountain. The engineers erected the bridge in three days.

facilities. We completed this project . . . [ with the cooperation] of many other units . . . including special air shipment from Okinawa of the refrigeration units and lumber.34

Following the l July attack on the Da Nang Airfield and the enlargement of the TAOR, General Walt ordered the movement of the 3d Marine Division command posts away from the airfield and the construction of bunkers along the main line of resistance (MLR) in the new areas. According to Dennis, General Walt personally informed him of his construction requirements for the 3d Marine Division CP complex. It was located north of Hill 327 and:

. . . evolved into a monster [bunker] in excess of 300 feet long and 40 to 50 feet deep. It was designed to absorb, without damage, a hit by a 120mm mortar. The columns (12'x12' timbers) were on 10' centers and in most cases anchored to a 4' cube of concrete . . . The columns supported 12'x12' caps and roof members consisting of a layer of 8'x8' timbers, three laminations of 3'x12' with three feet of earth and six inches of crushed rock as a burster layer. It was air conditioned, lighted and included some private toilet facilities.35

Dennis assembled a force of 60 troops for the construction of troop quarters, the division CP, and the MLR bunker program which was to consist of 1,098 units. At the same time, other engineering requirements ranged from clearing new areas and building new roads to taking down strong-backed tents, moving them, and then putting them up again. The battalion also kept the roads open, built new bridges, and repaired those that were down.36

The 7th Engineers, unlike the 3d, operated directly under III MAF rather than the division.* During its first month in Vietnam, the battalion built