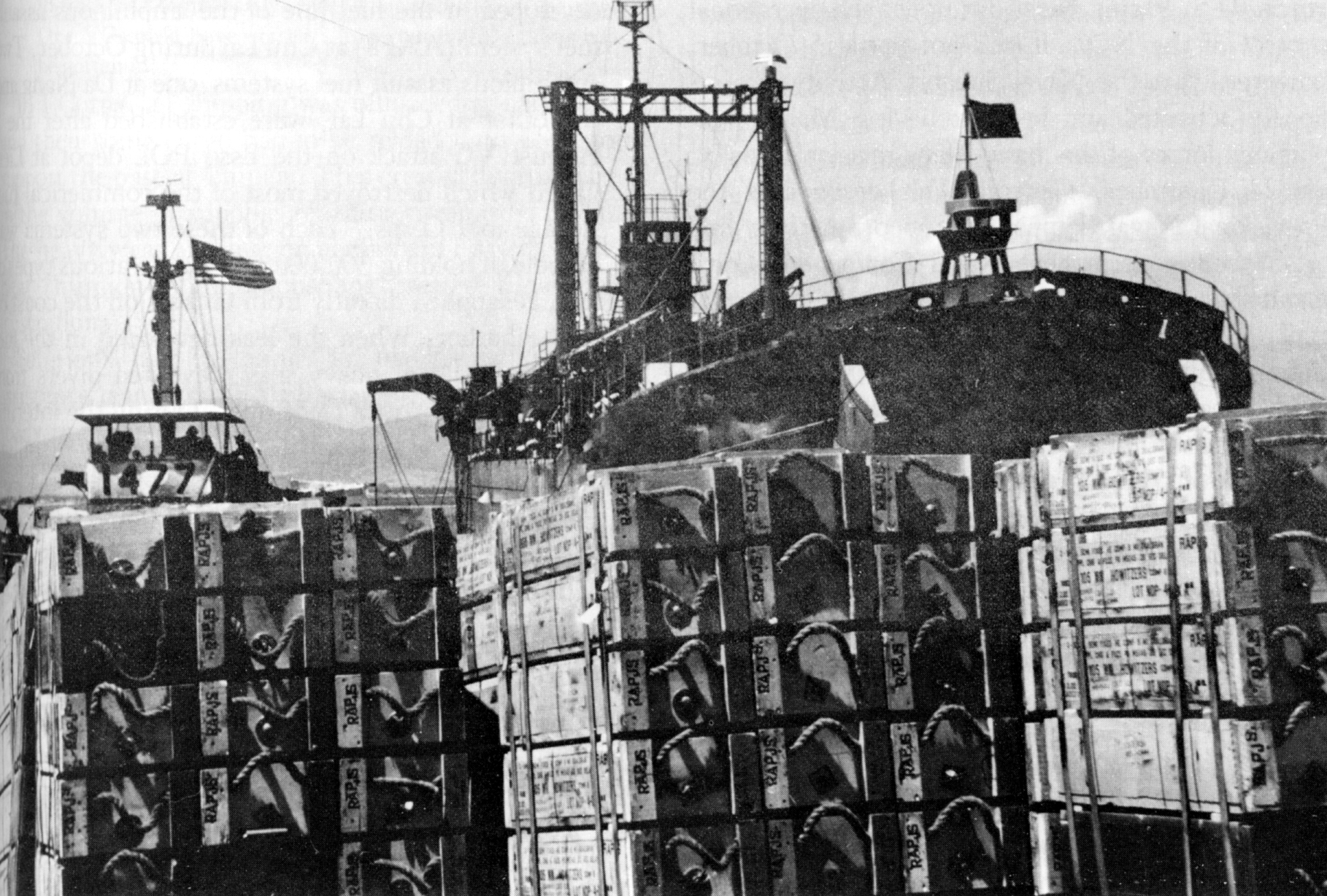 Stacks of cargo crowd the unloading pier at Da Nang. The overcrowded and undermanned Naval Support Activity at Da Nang was unloading 2,505 measured tons a day by the end of 1965.

Sharp on 28 May, Admiral David L. McDonald, the Chief of Naval Operations, pointed out that a Naval Support Activity could not be formed without the mobilization of certain units of the reserve. McDonald stated that he was asking for more personnel, 'but in the meantime, the task will have to be accomplished within our existing resources.' On 5 June, nevertheless. Admiral Roy L. Johnson, CinCPacFlt, ordered the NCC to take over common item support in I Corps, stating that he and General Krulak, Commanding General, FMFPac, would provide additional personnel and equipment.13

In an evaluation of the NCC responsibility for running the ports and providing logistic support in I Corps, Colonel Nickerson observed on 15 June that 'Port operations continue to be conducted by CG III MAF under the cognizance of the NCC staff'' and that III MAF would have to continue using it own personnel and equipment for this task until the establishment of a Naval Support Activity. Nickerson concluded that until the matter of the Naval Support Activity was 'resolved. Commander Seventh Fleet and the NCC must work together to get the job done.'14

With the complex problems confronting them, the Marines and the Navy attempted to organize their available resources to best carry out the mission of operating port terminals, unloading and moving cargo, and all the other tasks associated with an advance naval base. On 10 July, General Walt formally activated a Provisional Naval Component Support Activity and assigned Colonel Robert W. Boyd as its commander. In effect, Boyd, who had already been acting in this capacity, was the Da Nang port director. On 17 July, the Secretary of the Navy authorized the establishment of a Naval Support Activity, Da Nang and four days later Admiral Johnson promulgated the mission and tasks for the new organization. The Naval Support Activity was to be under the command of Commander, Service