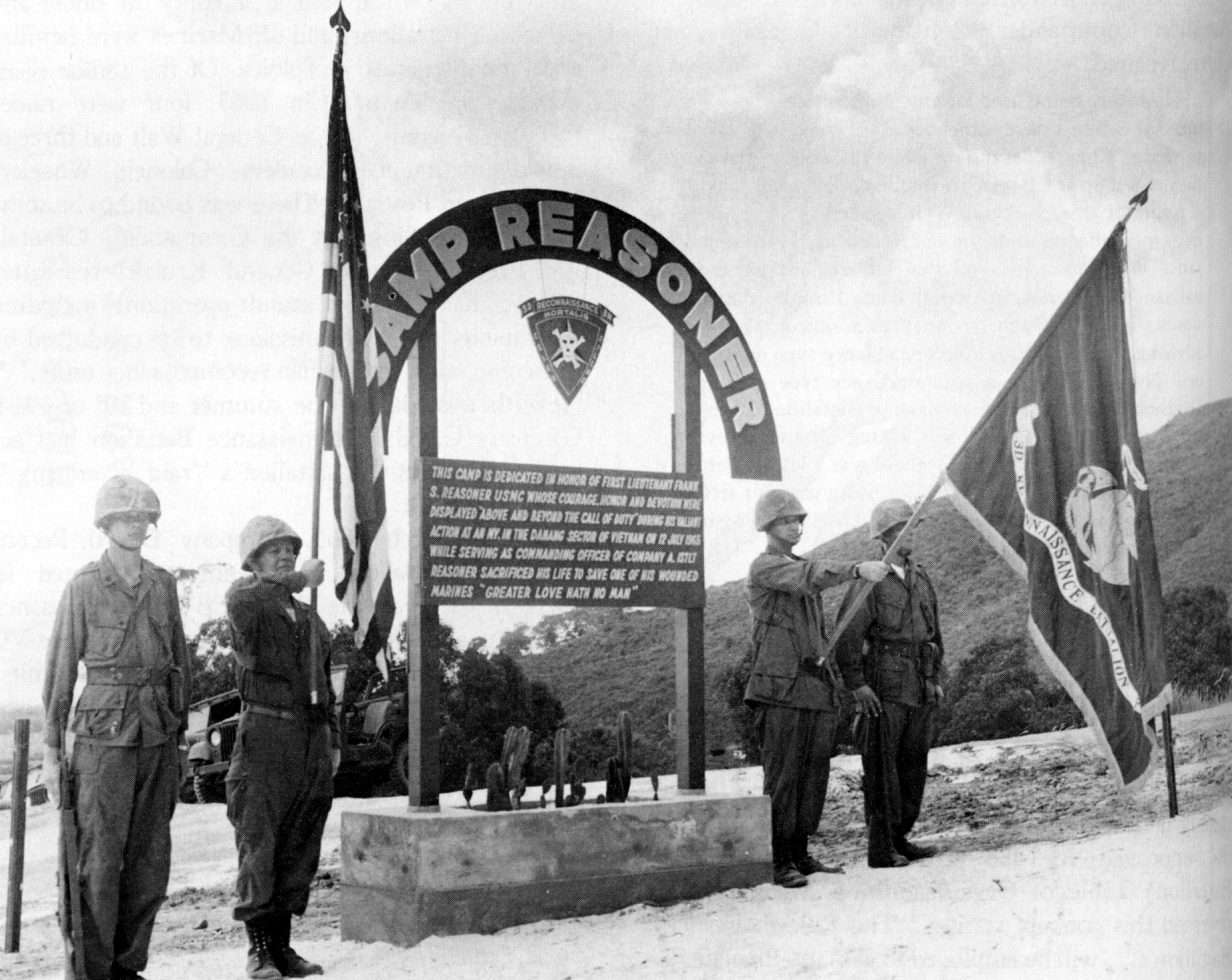 The 3d Reconnaissance Battalion honor guard stands in front of the monument dedicating its base camp to First Lieutenant Frank S. Reasoner, former Company A commander who was killed on 12 July 1965. Lieutenant Reasoner was posthumously awarded the Medal of Honor for his actions during that engagement.

missions quite frequently turned into contact with the Viet Cong and having some quite spirited actions . . . . ' More specifically. Colonel Frank E. Garretson. the 9th Marines Commander, would tell Captain Collins: 'You find [them]; we'll bail you out.'34

As a result, early reconnaissance patrols were large, usually between 12 and 22 Marines; a number were even larger company-strength patrols. Large patrols did not guarantee absolute safety. On 12 July, an 18-man patrol from Company A operating near Dai Loc 18 kilometers southwest of Da Nang tangled with a VC company. One officer was killed and three men were wounded.

The dead officer, First Lieutenant Frank S. Reasoner, was posthumously awarded the Medal of Honor for his actions on 12 July, the first Marine action in Vietnam to merit the nation's highest honor. The 3d Reconnaissance Battalion's camp at Da Nang was named Camp Reasoner, but the lieutenant's heroic death did little to solve the patrol security dilemma. This enigma was only solved later when the TAORS were enlarged to include the rugged, sparsely inhabited terrain to the west, and when reconnaissance efforts were concentrated on the business of finding the enemy.