The artillery expended over 35,800 rounds of ammunition to complete these missions.7

By December, the 12th Marines was firing over 45,000 rounds a month; 6,000 were fired in support of Task Force DELTA in Operation HARVEST MOON.8 The 12th Marines achieved this fire support increase in spite of an ammunition shortage. During December, the regiment found it necessary to restrict 155mm howitzer firing to targets of opportunity.9 No infantry unit was refused support because of the lack of ammunition, but the artillerymen were not always able to use the caliber, type of shell, or fuse best suited for a specific target. These restrictions were temporary; the supply situation would improve during the next few months.

The current deployment of Marine Corps forces is based upon the sea, with the overwhelming majority within range of naval gunfire support. Naval gunfire is one of the means whereby the material superiority of the United States can be brought to bear against Communist manpower.10

The first agreement to employ U.S. naval gunfire against targets in South Vietnam was made in April 1965. On the 17th, the South Vietnamese informed Ambassador Taylor that they agreed in principle with the United States that naval gunfire should be used to support anti-sea infiltration efforts and ground operations of both South Vietnamese and American forces. At that time. Admiral Sharp ordered ComUSMACV and CinCPacFlt to submit plans for the employment of this supporting arm in Vietnam.11

In May, representatives from MACV, CinCPacFlt . Seventh Fleet, FMFPac, and III MAF met in Saigon to develop procedures for the conduct of naval gunfire. During the meetings, held on 3-5 May, the conferees ironed out differences of opinion and forwarded a concept of operations to Admiral Sharp for his approval. CinCPac approved the procedures and ordered them to be implemented. On 16 May, the USS Henry W. Tucker (DD 875) fired the first U.S. naval gunfire missions at targets in II Corps.12 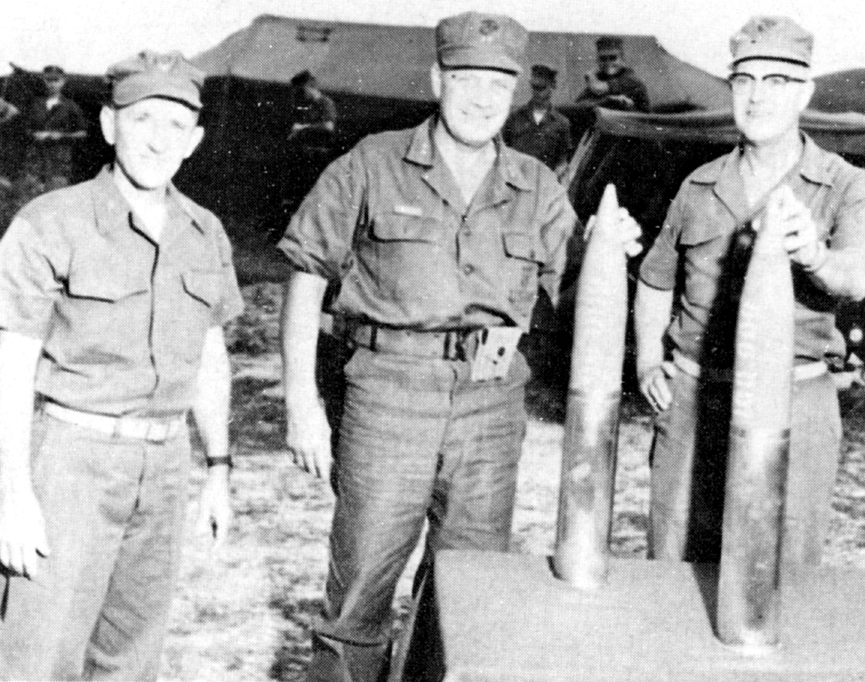 Under the terms of the agreement reached at the May conference, Rear Admiral Raymond F. Dubois, Commander of Navy Task Group 70.8, the Seventh Fleet cruiser and destroyer group, furnished the gunfire ships, but retained operational control of them. Rear Admiral Norvell G. Ward, who headed the Naval Advisory Group, MACV, was designated Commander Coastal Surveillance Force (CTF 115) and, in this capacity, assigned gunfire missions and provided coordination with land forces.13

Until the autumn of 1965, all naval gunfire missions had to be adjusted by either ground or air observers, and could be undertaken only on order of CTF 115, in cooperation with South Vietnamese officials. In November, General Westmoreland amended this policy to allow unobserved fire against unpopulated target areas which had been declared hostile by the South Vietnamese. On 22 December Admiral Sharp lifted the restrictions even further when he authorized the commanding officers of naval gunfire ships to initiate unobserved fires in emergency situations when friendly forces were