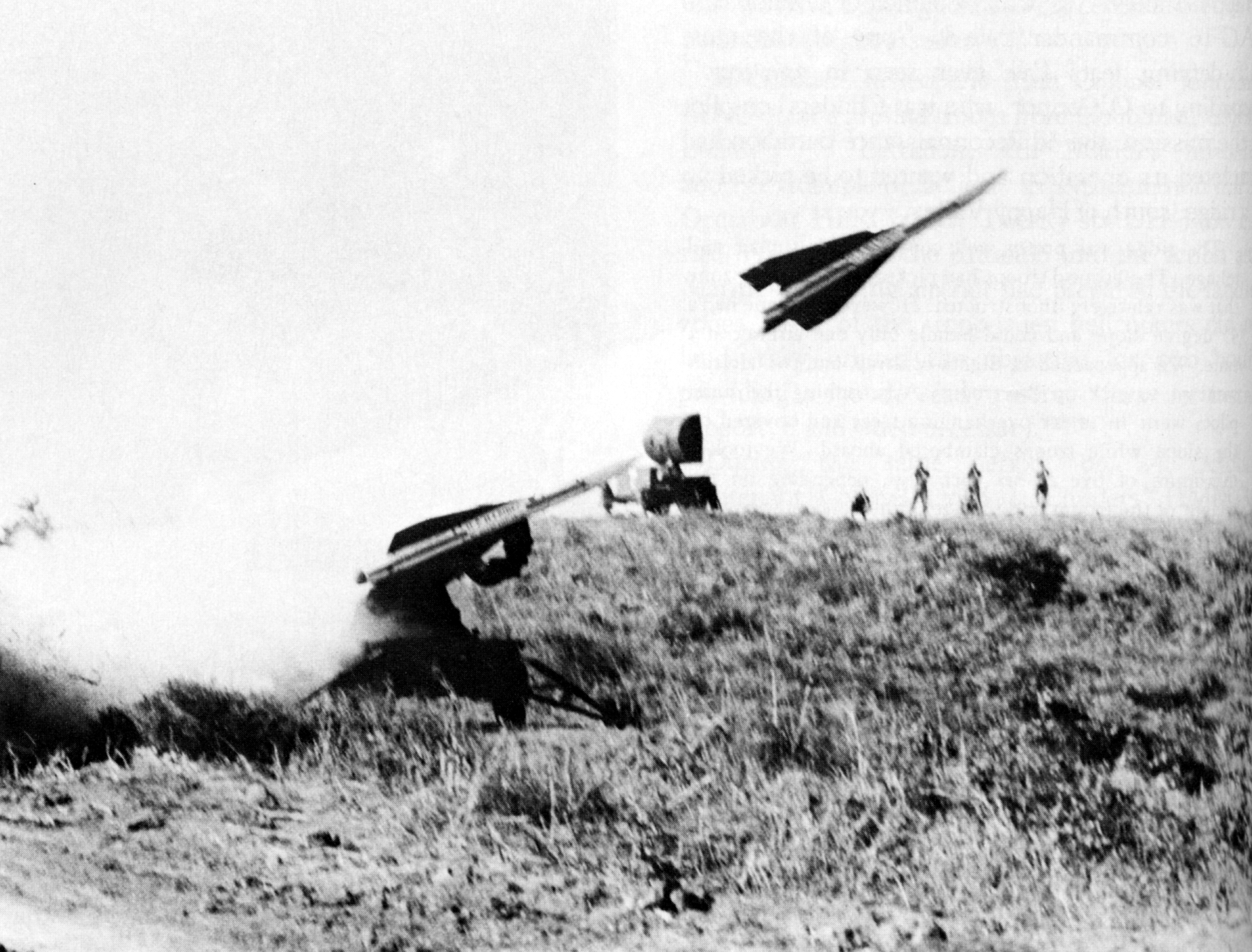 A HAWK missile is seen lifting off during a firing exercise near Chu Lai. During the exercise, the LAAM battalions fired at propeller-driven drones, jet drones, and targets towed by F-8 aircraft.

The arrival of MAG-36 in September helped to relieve the burden, but the helicopters in both groups still remained extremely active. The UH-34, in service since 1957, could carry no more than five to eight Marines in the heat, humidity, and high altitudes of much of I Corps. Moreover, the 34s had a cargo capacity of only 1,500 to 2,000 pounds, but these medium helicopters succeeded in getting the job done. A III MAF press release furnished a vivid description of the accomplishments of the UH-34:

These Marine copters have been overloaded and flown. They've been punctured more than arms in a sickbay, and flown. They've coughed, sputtered, and smoked, and still they've flown. They've landed in water, on mountainsides, through elephant grass, in ditches, on beaches, and in hedgerows . . . and have taken off again after debarking assault troops or picking up wounded.27

Even though it was not likely that the North Vietnamese would launch an airstrike against South Vietnam, the possibility could not be ignored.* An enemy air attack could have caused tremendous damage, especially at the large facilities at Da Nang and Chu Lai. To meet the threat of any enemy air