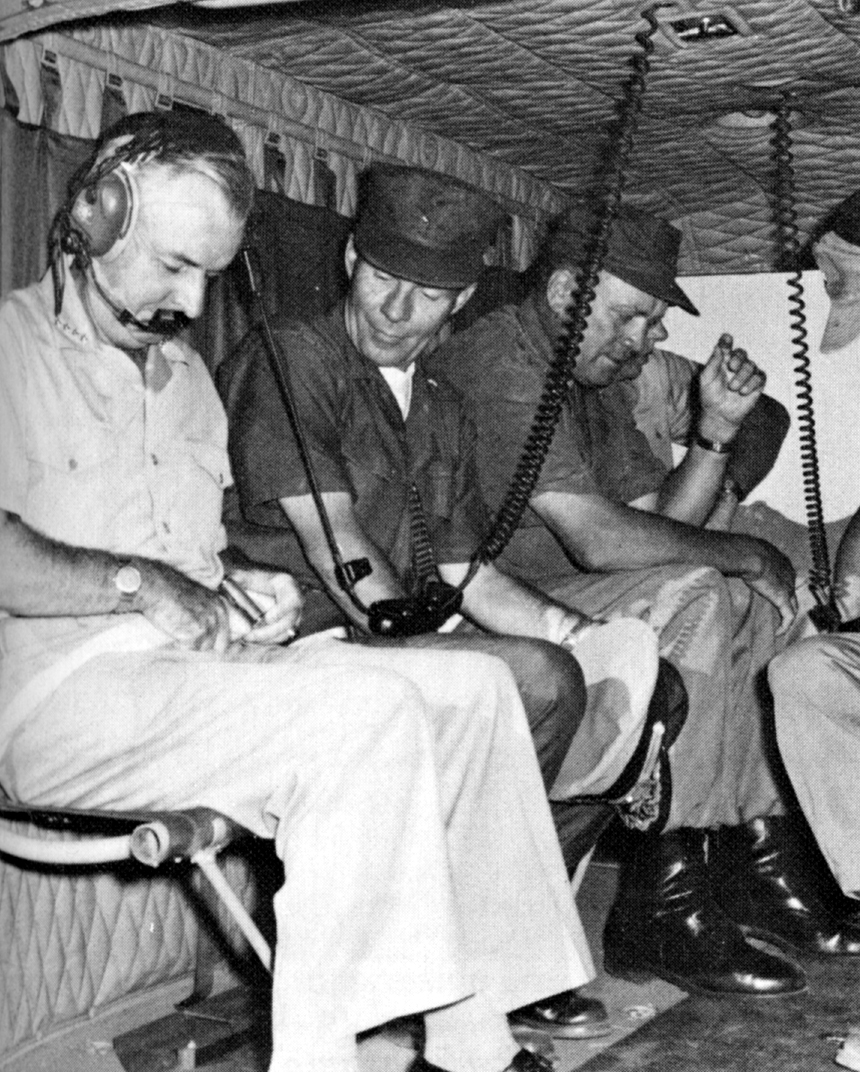 The airborne controllers, familiar with the tactical situation on the ground, remained on station for extended periods of time. They maintained contact with the supported infantry unit on a FM tactical radio net while directing the attack aircraft over a UHF net. Communications for the control of air support was a flexible arrangement, depending on the circumstances and ground radio availability. Frequency-modulated (FM) radios of infantrymen could not net with ultra-high frequency (UHF) radios of jet aircraft; usually the UHF radios at the infantry battalion level were not available for use by the company or smaller unit commanders in contact with the enemy. After the controller relayed pertinent target information and mission requirements to the attack pilots on station, he then marked the target with a white phosphorus rocket or a colored smoke grenade. When he was sure the attack pilot had properly identified the target, the controller cleared the pilots to make their firing runs.

At this time, the lead pilot rolled in toward the smoke marker and dropped his ordnance. Using the lead pilot's 'hits' as a reference, the controller furnished the second plane in the flight with whatever corrections were necessary and cleared the second aircraft target run. The same procedure continued until all of the attack aircraft in the flight, usually two aircraft per strike, had completed their missions.

Two basic types of close air support strikes were flown by Marine aviators in South Vietnam, preplanned and on-call. The preplanned mission was a complex process. A Marine battalion commander would submit a request for fixed-wing aircraft through his air liaison officer the afternoon before his battalion was to begin an operation. The request would go to the direct air support center (DASC) and to the tactical air direction center (TADC) of the wing at Da Nang. At this level, all the requests were assimilated and orders were issued to both MAGs-11 and -12, the fixed-wing groups. The groups then scheduled flights for the next day and issued mission requirements to the individual squadrons. This procedure required approximately 20 hours from the initial time of request to the delivery of the ordnance on the target.

On-call missions could be processed and executed almost instantaneously. These missions were flown either in support of troops in contact with the enemy, or against targets of opportunity located by airborne or ground controllers. In the case of an emergency, the TADC or DASC could divert in-flight aircraft from their original missions to a new target. The TADC could also call upon aircraft which each group maintained on an around-the-clock alert for just such contingencies.

Marine air provided this combat support for other