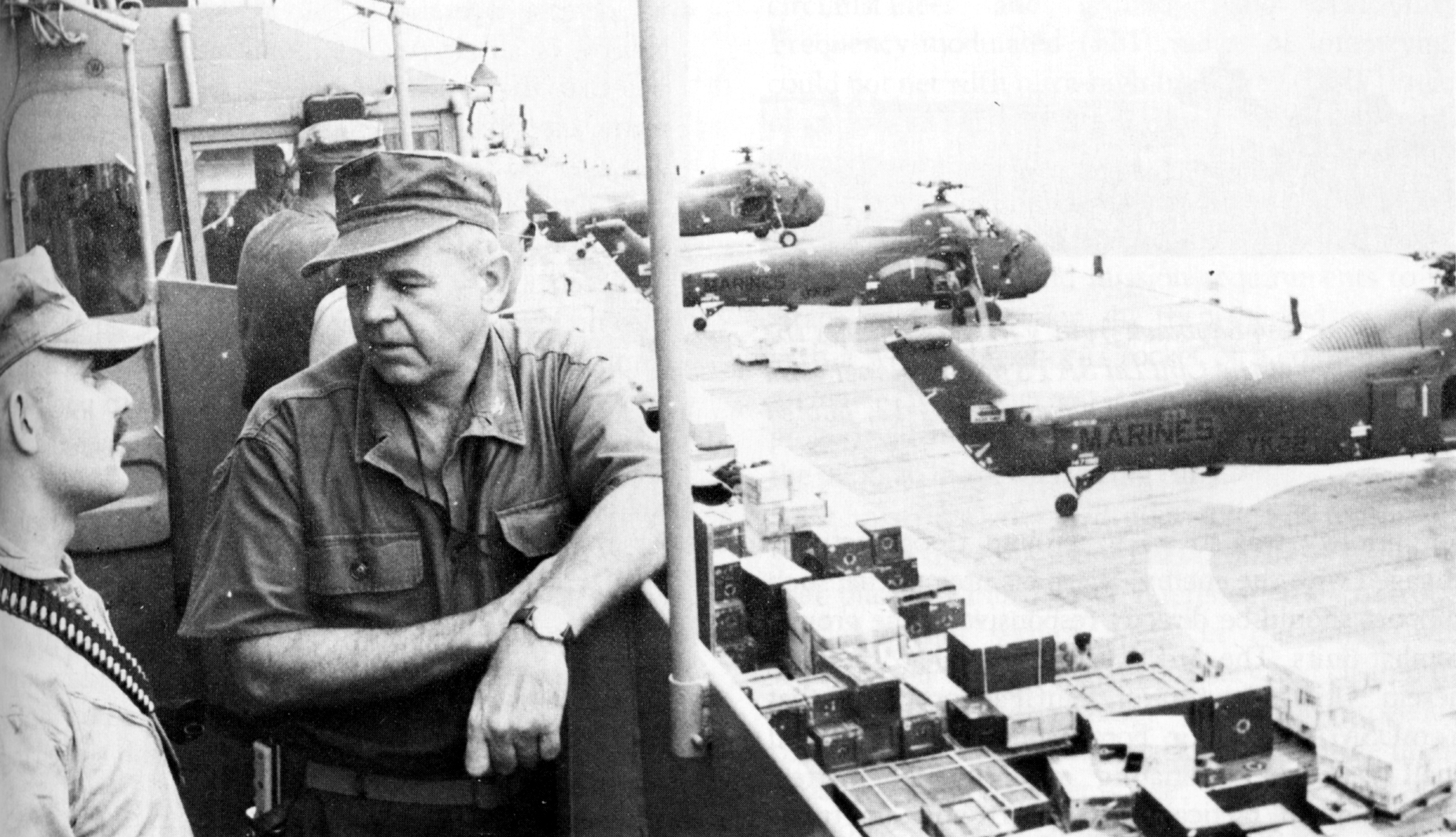 Colonel William G. Johnson, Commanding Officer, MAG-36, speaks to one of his officers on board the Princeton-{LPH 5). Colonel Johnson is about to establish the newly arrived helicopter group's headquarters at Ky Ha in the Chu Lai TAOR.

Control of Marine aviation in Vietnam was a very sensitive issue. Many Marine aviators remembered their experience in Korea where the 1st MAW had been under the operational control of the Air Force. They believed that Marine aircraft had been used unwisely, at least from a Marine point of view, and had not furnished the Marine infantry with the close air support that could have been provided if the Marine command had retained control of its aviation.3 Marine generals were determined not to allow the Korean experience to repeat itself.

In 1964, when air operations were undertaken over Laos and North Vietnam, Admiral Sharp authorized General Westmoreland to designate the senior U. S. Air Force commander in Vietnam as coordinating authority, since both Air Force and Navy air units were participating in these operations. When the decision was made to land Marines at Da Nang in 1965, it was natural for Admiral Sharp to direct that a similar arrangement be devised to coordinate the fixed-wing aviation of the 9th MEB. General Karch reported directly to ComUSMACV and coordinating authority was granted to the Air Force component commander, Major General Joseph H. Moore, for matters pertaining to tactical air support and air traffic control.

This emphasis on coordinating authority was reaffirmed by CinCPac in late March 1965, just before the assignment of a Marine fighter squadron to the MEB. General Westmoreland had wanted to put the Marine F-4 squadron under the operational control of General Moore, but Admiral Sharp immediately objected and repeated his earlier guidance.4

One month later, Admiral Sharp published a directive on the conduct and control of close air support. He stated that close air support was the chief mission of U.S. aviation in South Vietnam and that