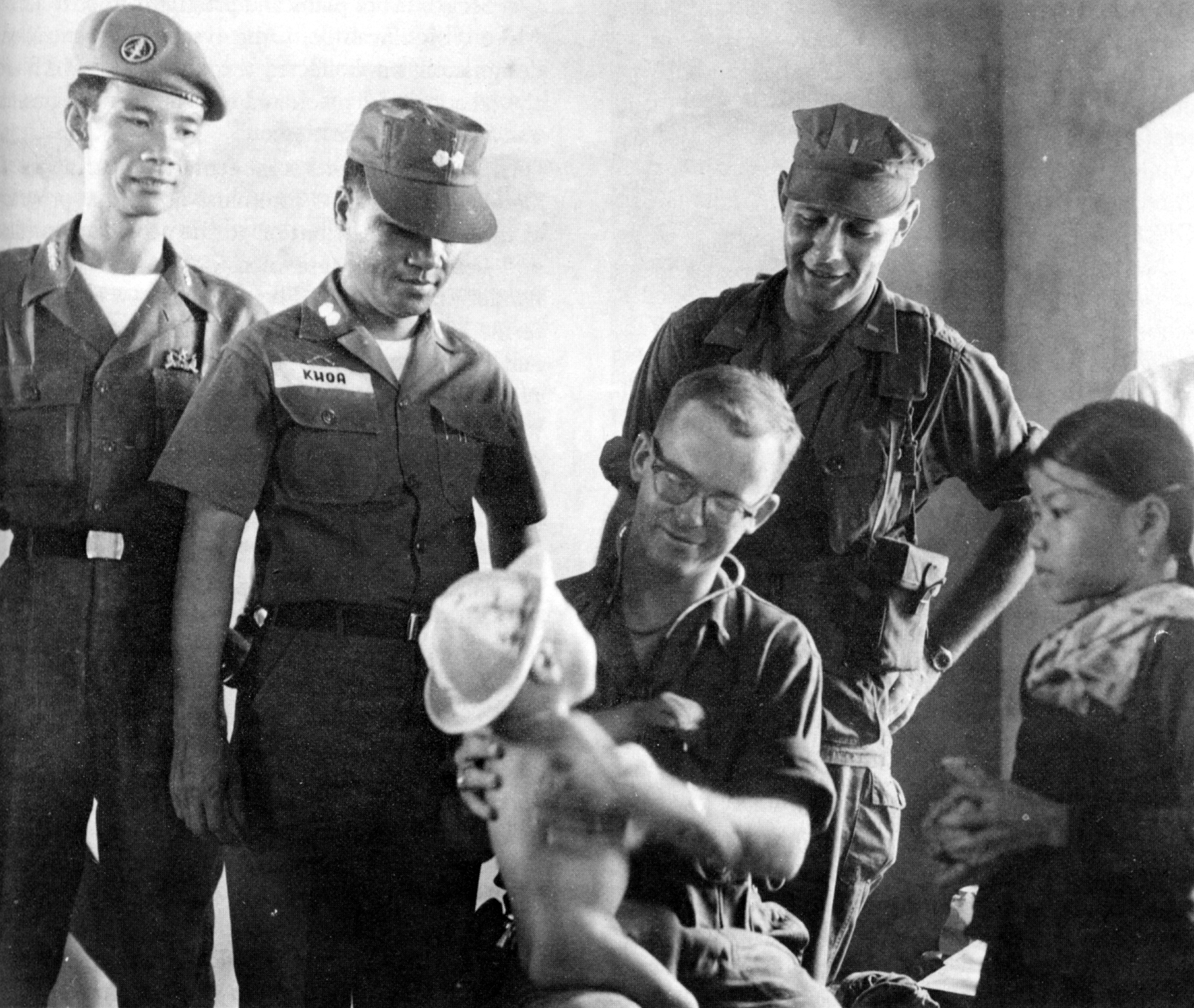 benevolence; it was to be used as a weapon. General Walt and his staff hoped that American civic action would sever the populace from Viet Cong control and perhaps induce popular loyalty to the government.

The Marines knew that the entire effort could be dissipated through lack of direction. In addition to the III MAF civic action program, several U. S. civilian agencies,* administered by the United States Operations Mission in Vietnam (USOM), dispensed American aid throughout South Vietnam. On 25 August General Walt met with Mr. Marcus J. Gordon, the regional director of USOM in I Corps. He suggested that a council be established to coordinate American participation in the Vietnamese Rural Construction Program.** Mr. Gordon agreed

* These agencies included representatives from AID, JUSPAO, and CIA.

** The South Vietnamese pacification program changed names frequently during 1965-1966. The program was originally known as 'rural pacification' until 5 April 1965 when it was changed to 'rural construction.' In May 1966, the name was changed again to 'revolutionary development.' These were simply other names for 'pacification.'