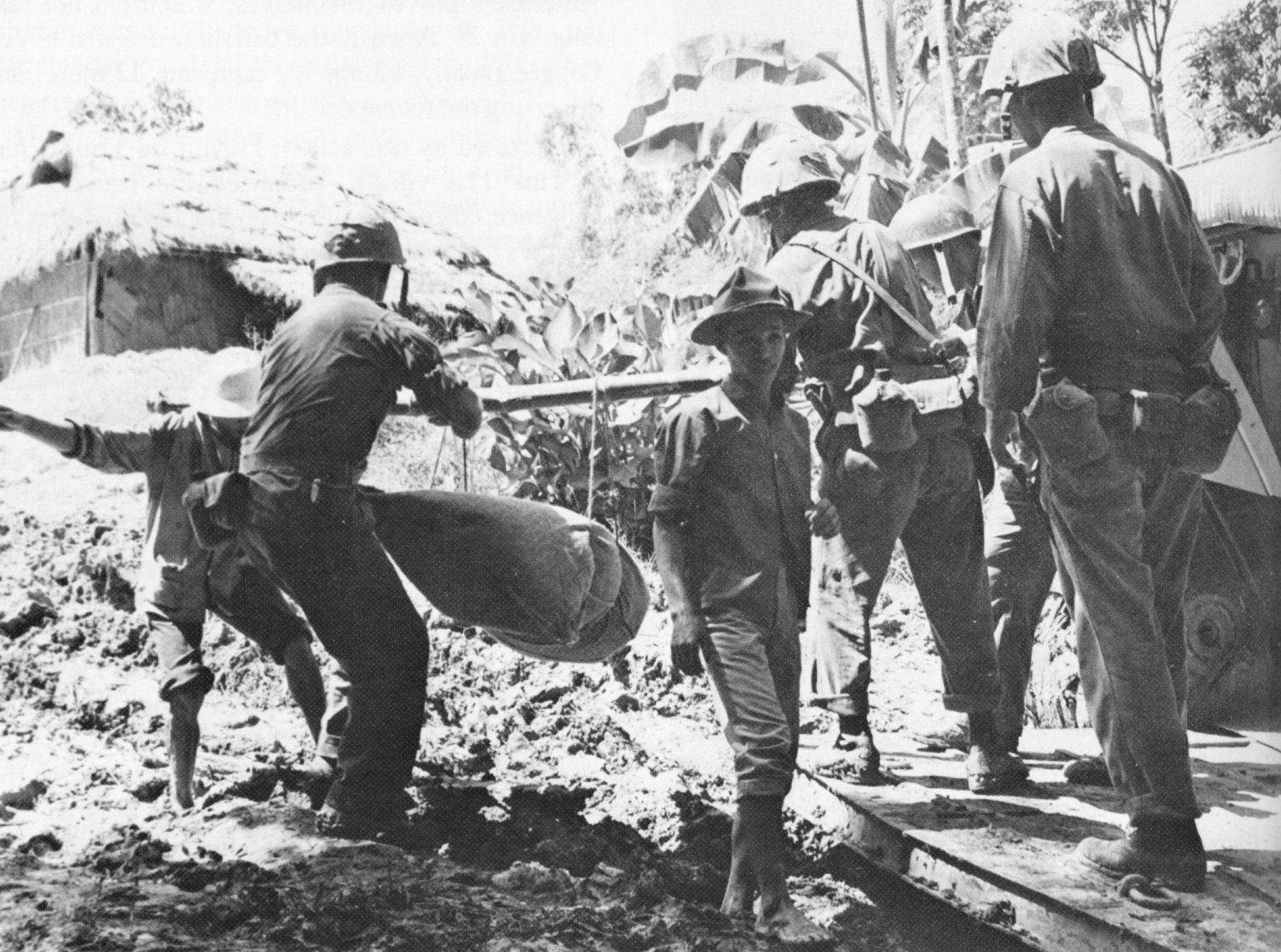 Marines of the 1st Battalion, 9th Marines help South Vietnamese fanners load bags of rice into a Marine LVT. Note that the Vietnamese have hung the bags on their traditional carrying pole,

mander, and on 9 September, Colonel John E. Gorman, the 9th Marines commander, ordered both his forward battalions, the 1st and 2d, to render all possible assistance to the Vietnamese in the protection of the harvest.15 The 3d Battalion, 9th Marines later replaced the 2d Battalion.

The campaign produced results quickly. About noon on 12 September, Chief Trinh told Lieutenant Colonel Ludwig that a VC main force unit had moved into a hamlet south of Marble Mountain to collect its rice tax. The battalion commander immediately sent a two-company attack force, supported by Ontos, tanks, and amtracs into the area. The Marines met strong opposition from VC mortars and recoilless rifles. Shortly after dark, the enemy broke contact and fled. The next morning the Marines found no enemy bodies, but later learned that the VC had taken refuge during the night in a leper hospital, five miles south of Marble Mountain. The Viet Cong had taken medicines and supplies from the leprosarium and moved out of the area. Ludwig believed this battle broke the back of the VC tax collection organization in his battalion's TAOR.16 After this encounter, the 1st Battalion Marines met only sporadic resistance as GOLDEN FLEECE continued through the rice harvesting season.

Rice protection was not only the preserve of the 9th Marines. In the northwestern portion of the Da Nang TAOR, Lieutenant Colonel Clement's 2d Battalion, 3d Marines conducted a similar harvest protection operation in the Cu De Valley near the hamlets of Pho Nam Thuong Ha and Nam Yen. When the peasants of this region voluntarily left their homes to resettle in the pacified village of Le My,