when 10-15 VC walked into a squad ambush 1,000 meters south of the hill. The Marines opened fire and killed three of the enemy, but the squad had not been able to maintain communications with the company and was unable to notify the company commander of the contact. All was quiet for about two hours, when suddenly approximately 25 enemy enveloped the Marine squad, killing three and wounding six.25 At 0315 the rest of the VC force attacked the main Marine positions on Hill 22. Enemy troops, supported by two recoilless rifles, penetrated about a third of the northwestern perimeter, capturing three M-60 machine guns, two 3.5-inch rocket launchers, and one 60mm mortar. They also gained access to the company's ammunition bunker.

Lieutenant Colonel Harold A. Hatch, who had assumed command of the 1st Battalion on 27 September, immediately sent reinforcements and ammunition to Company A. One resupply helicopter was 'so fully loaded that it barely could get off the ground'' and its 'rotor wash blew the supply tent down.' The battalion commander also called for supporting artillery fire and close air support .26

About 45 minutes after the enemy had launched the main attack on Hill 22, three UH-34s landed Sergeant Russell L. Kees' 13-man squad from Company C on the hill. Kees stated, 'The VC were everywhere; in the tents, on the tents, and in the trenches.'27 Supported by air, artillery, and mortars, the Company A commander, Captain John A. Maxwell, rallied the Marines; they counterattacked and drove off the enemy. Marines casualties were 16 dead and 41 wounded, while the Communists left behind 47 bodies and one wounded.28

Marine air accounted for a few more enemy when the VC unit tried to cross the eastern bank of the Song Yen three miles south of Hill 22. The Marine pilots reported destroying 10 boats and seeing 10 bodies in the water.29 Villagers in the area told the American troops that the Viet Cong forced them to 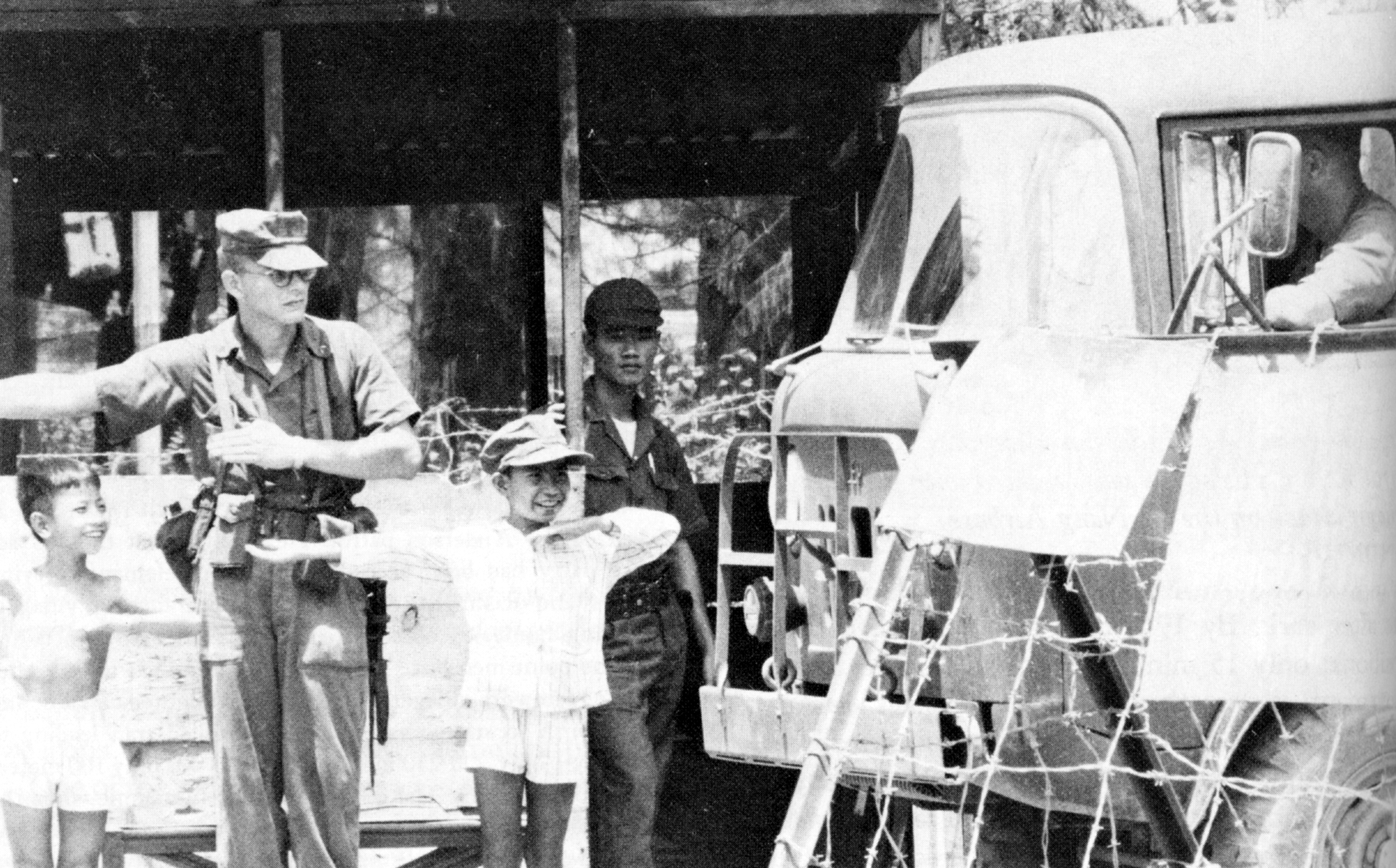 Two young Vietnamese boys assist a Marine in directing traffic through a checkpoint. The boys are the sons of a South Vietnamese Air force sergeant.