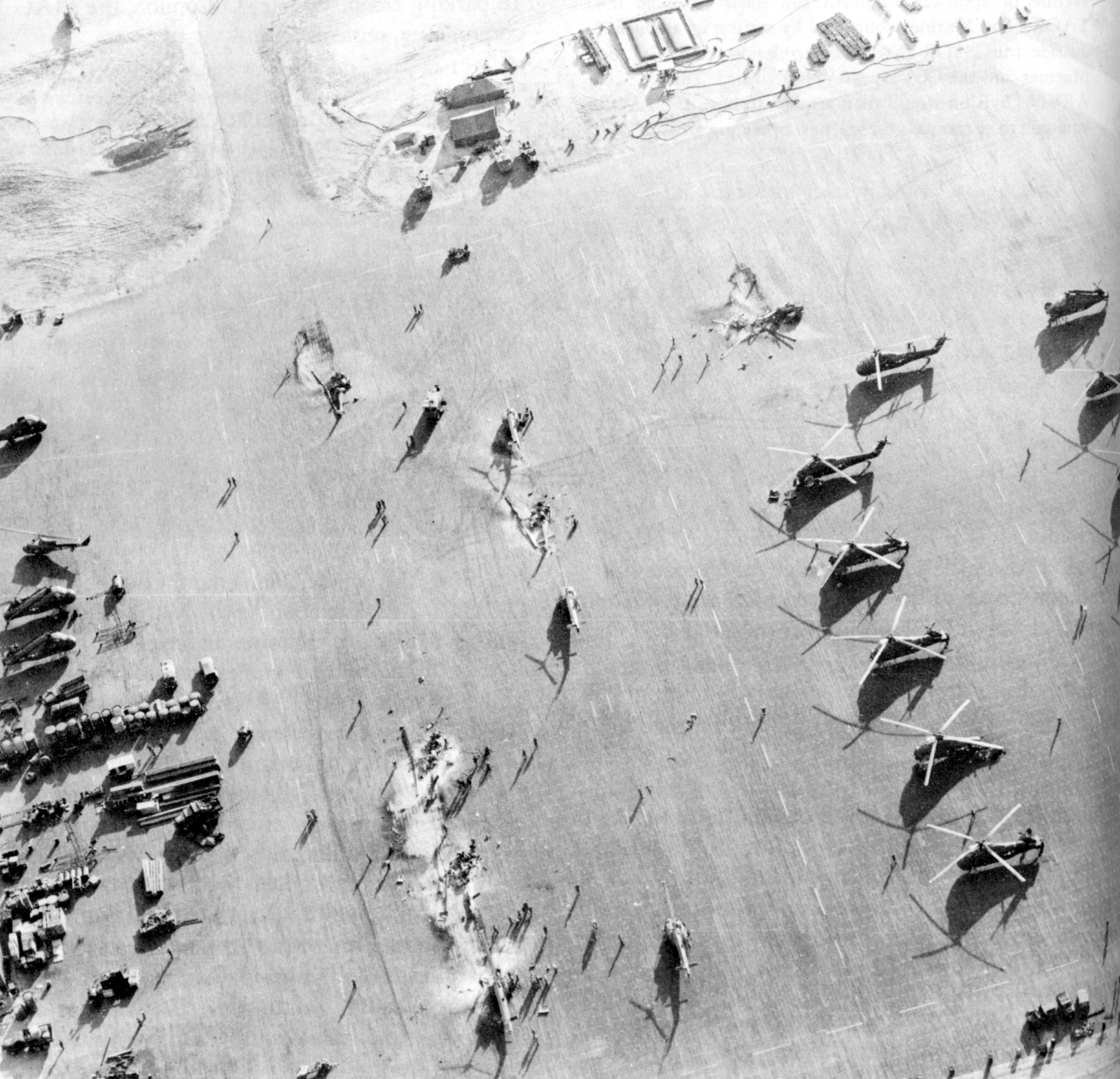 An aerial view of the damage caused by the VC sapper attack on Marble Mountain. Nearly one-third of the Marine helicopers were destroyed or damaged during the attack.

One of the more significant aspects of the events of 28 October was an attack which did not occur. The enemy had also planned to hit the main airfield at Da Nang. Two separate occurrences may have frustrated this attack. General Walt's staff received word on 27 October that a VC main force battalion was moving out of its base in 'Happy Valley,' 10 miles southwest of Da Nang, and heading towards the base. At 1930, division artillery fired 680 rounds into the area. Later intelligence reports indicated that the shells hit the VC unit, forcing it to disperse.

Shortly afterward, a 9th Marines squad ambushed a strong VC force near the An Tu (l) hamlet, five miles south of Da Nang. The Marine patrol, 11 Marines and a Navy corpsman from Company I, 3d Battalion, 9th Marines, had arrived at the ambush