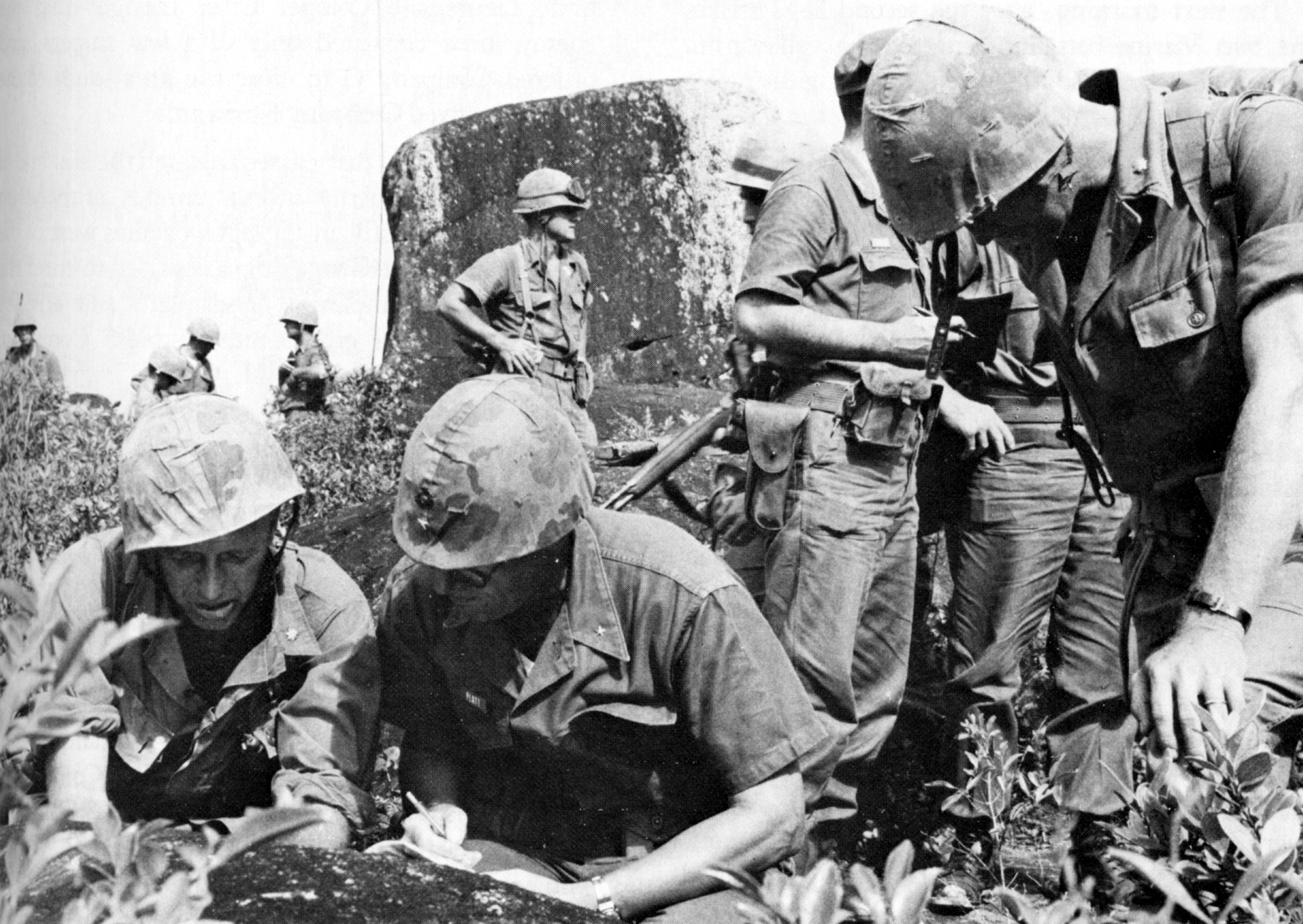 it was apparent that the enemy, except for a few snipers, had vanished. General Platt suspected that the regiment had retreated into the Phouc Ha Valley, a smaller valley paralleling the Que Son Valley, five miles to the southeast. The Phouc Ha Valley was a known VC base area. When General Thi was questioned about going into the valley after the Communists, the I Corps commander replied, 'be very, very careful.'13 On the afternoon of the 11th, Brigadier General Platt was visited by Brigadier General William E. DePuy, USA, General Westmoreland's J-3, who suggested that USAF B-52 Boeing Stratofortresses from Guam could strike the objective area before the Marines entered. General Platt accepted the offer and the first of several B-52 raids occurred on the morning of the 12th.

General Platt, on board a UH-1E piloted by the Assistant 1st MAW Commander, Brigadier General Carl, observed the first strike and directed Lieutenant Colonels Dorsey and Hanifin to move their battalions in to exploit the bombing mission. During the afternoon, Hanifin's battalion deployed south of the valley, while Dorsey moved along two ridges. Hills 100 and 180, overlooking northern entrances to the Phouc Ha Valley. During the night of 12 December, General Platt ordered Dorsey to move 1,000 meters to the north so that the USAF B-52s could strike the valley again.*

* General Platt had received a message from General Westmoreland's staff that ground troops should be no closer than 3,000 meters from a B-52 strike, the reason for Dorsey's move. Platt interview, Jan 70. General Platt observed in his comments on the draft that General DePuy had previously told him '1,000 meters off the line of flight.' MajGen Jonas M. Platt, Comments on MS, dtd 70ct76 (Vietnam Comment File).