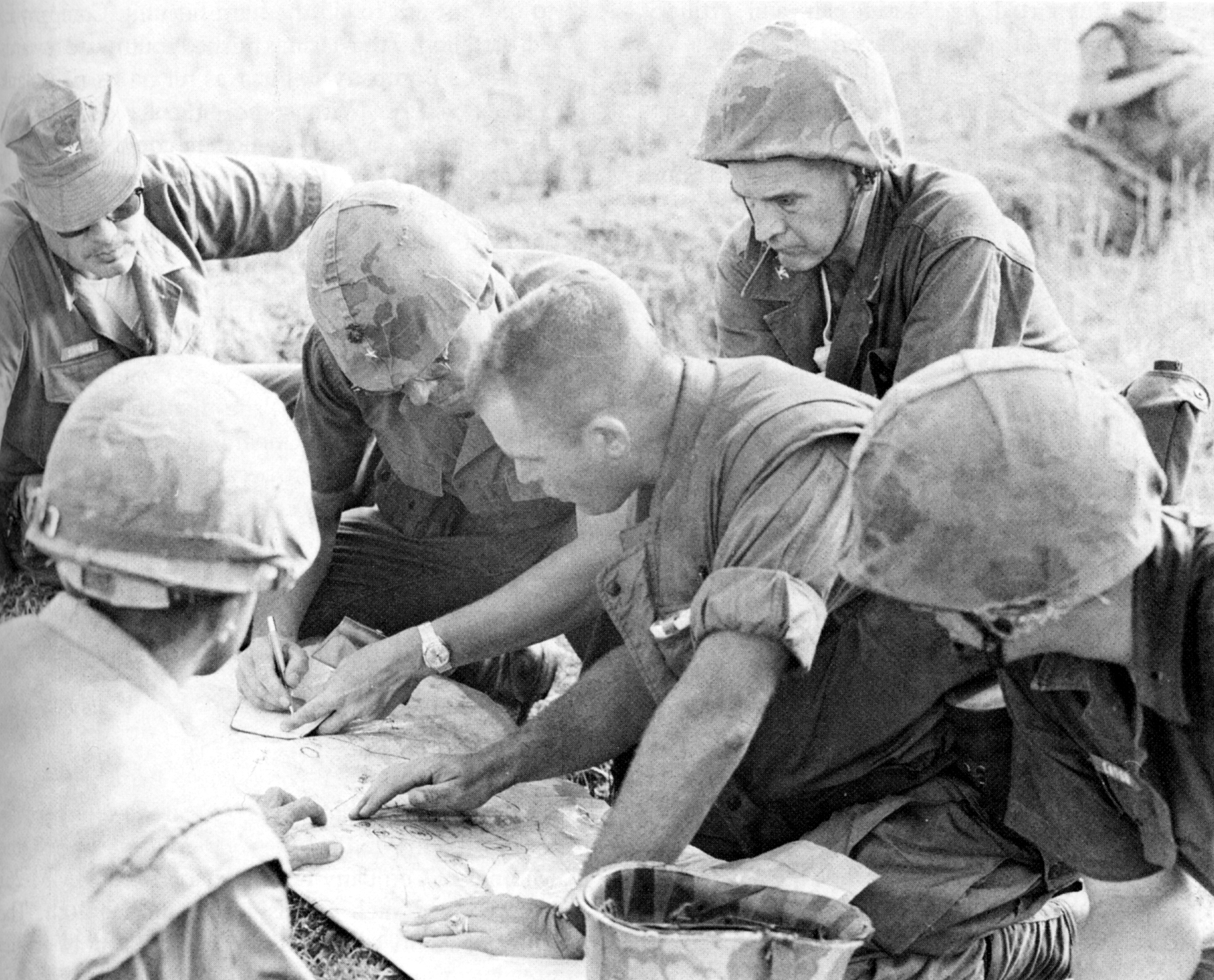 General Jonas M. Platt {second from the left) discusses plans with III MAF staff officers and officers from the 2d Battalion, 7th Marines. The objective areas are outlined on the map overlay.

ARVN troops. After the landing, the battalion moved northeast, securing a hill mass 2,500 meters from the landing zone by late afternoon. Utter's Marines encountered only a few Viet Cong and one of his platoon leaders later complained: 'The enemy always seemed one step ahead of us.'10 The same afternoon. General Henderson directed Dorsey's 3d Battalion, 3d Marines to land 1 1/2 miles southeast of the 5th ARVN Regiment's 1st Battalion and then move to link up with the shattered South Vietnamese unit.

Lieutenant Colonel Dorsey's Marines had left Da Nang by motor convoy that morning and were at the logistics support area (LSA) on Route l, three miles north of Thang Binh. Lieutenant Colonel Mervin B. Porter's HMM-261, the SLF helicopter squadron on board the LPH Valley Forge, was assigned the mission of ferrying the battalion into a landing zone southeast of the 5th ARVN Regiment's command group and its 1st Battalion. The 3d Battalion landed at 1400, and an hour and half later, the battalion's lead unit, Company L, made contact with elements of the ARVN battalion and then pushed northwestward toward Hill 43, 1 1/2 miles from the landing zone. Before the Marines could reach the hill, they ran into a force of 200 VC. The firefight raged into the early