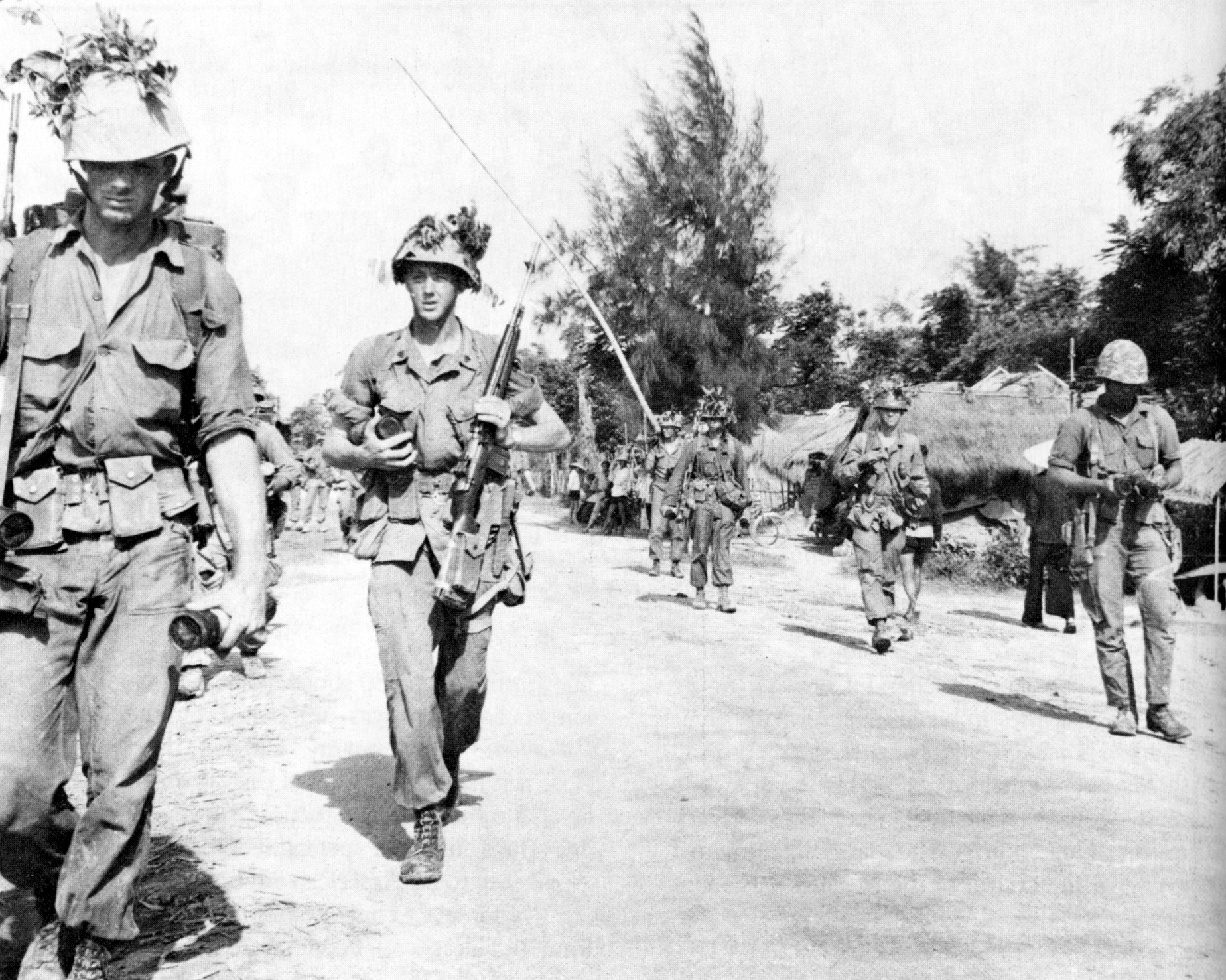 Marines move through a Vietnamese village in Operation HARVEST MOON. Each of the riflemen is carrying two 60mm mortar rounds in additon to his own weapon and ammunition.

then called in Marine air support. Skyhawks from MAG-12 at Chu Lai attacked the Communist positions, while Marine helicopters evacuated many of the casualties. The 1st ARVN Battalion attempted to reinforce the rangers, but was unable to cross the road because of enemy mortar fire and U.S. air strikes. Later in the afternoon, General Lam, using 10 UH-34Ds from Lieutenant Colonel Rex C. Denny, Jr.'s HMM-161, moved the 1st Battalion, 6th ARVN Regiment from Tam Ky to reinforce the surviving rangers. This battalion replaced the rangers and established a night defensive perimeter.

The next morning, the 5th ARVN Regiment command group and its 1st Battalion bore the weight of the VC attack. Although the battalion had been probed during the night, it had not seen heavy action. On 9 December, about 0645, the 60th and 80th VC Battalions struck. In the heavy fighting that followed, both the 1st Battalion and regimental command group were overrun. The ARVN regimental commander was killed and the ARVN force was scattered to the south and east. At about the same time, another VC battalion attacked the 1st Battalion, 6th ARVN Regiment to the northeast, but this ARVN unit managed to hold its ground.

At that point, General Henderson decided to commit his Marines. At 1000, UH-34Ds from Denny's HMM-161 and Lieutenant Colonel Lloyd F. Childers' HMM-361 lifted Utter's 2d Battalion from Tam Ky to a landing zone 5 1/2 miles west of the