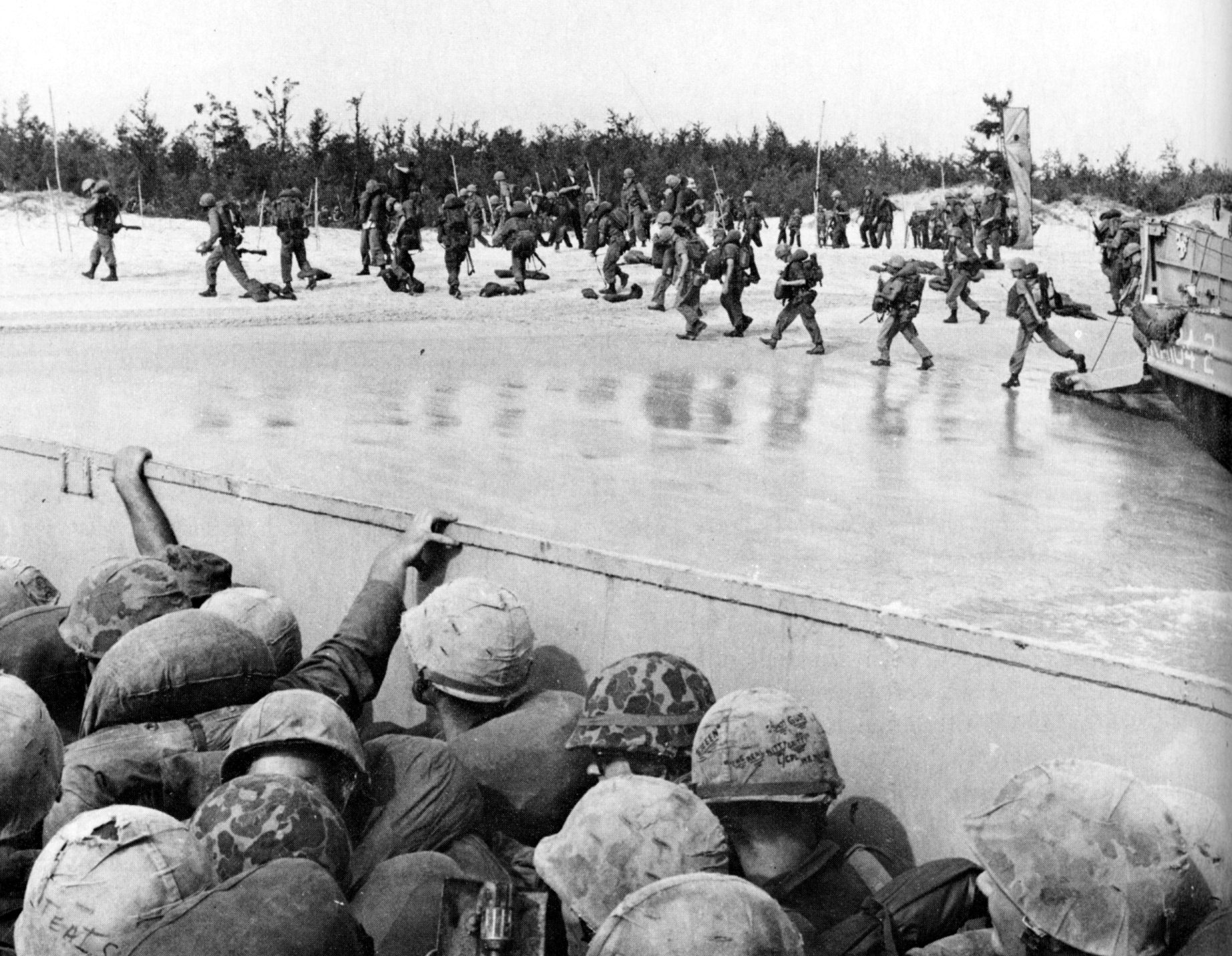 Marines from the 2d Battalion, 7th Marines debark from Navy landing craft in Operation BLUE MARLIN. The troops are deploying from Qui Nhon to Chu Lai.

battalions of the 2d ARVN Division's 4th Regiment in a search and destroy operation 10 miles south of the Chu Lai airfield, just north of the Song Tra Bong. On 3 November, the Marines opened the operation, attacking southward toward the river from an assembly point on Route l. While the ARVN patroled the south bank of the Tra Bong, two platoons of the Marines' 1st Reconnaissance Battalion were helilifted into screening positions on the northern and western edges of the battle area, LZs CONDOR and ALBATROSS. The 3d Battalion, llth Marines furnished artillery support with a battery of six 105mm howitzers, a battery of six 107mm mortars (howtars), and two sections of 155mm howitzers. Allied intelligence sources reported the presence of a VC main force battalion in the region and the BLACK FERRET scheme of maneuver envisioned the Marines pushing the enemy southward toward the river where the VC would be trapped between the two allied forces.

Once more the allies were disappointed. No VC battalion materialized, just occasional snipers and booby traps. On the second day of the operation, 4 November, a Marine patrol triggered a booby trap consisting of a M-26 grenade and an 81mm mortar shell. In the ensuing blast newswoman Dickey Chapelle, who had covered Marine operations since World War II, was killed and six Marines were wounded. During the entire operation, the Marines suffered l KIA and 13 WIA, while killing at least 2 VC, capturing 6, and taking 79 suspects into custody.