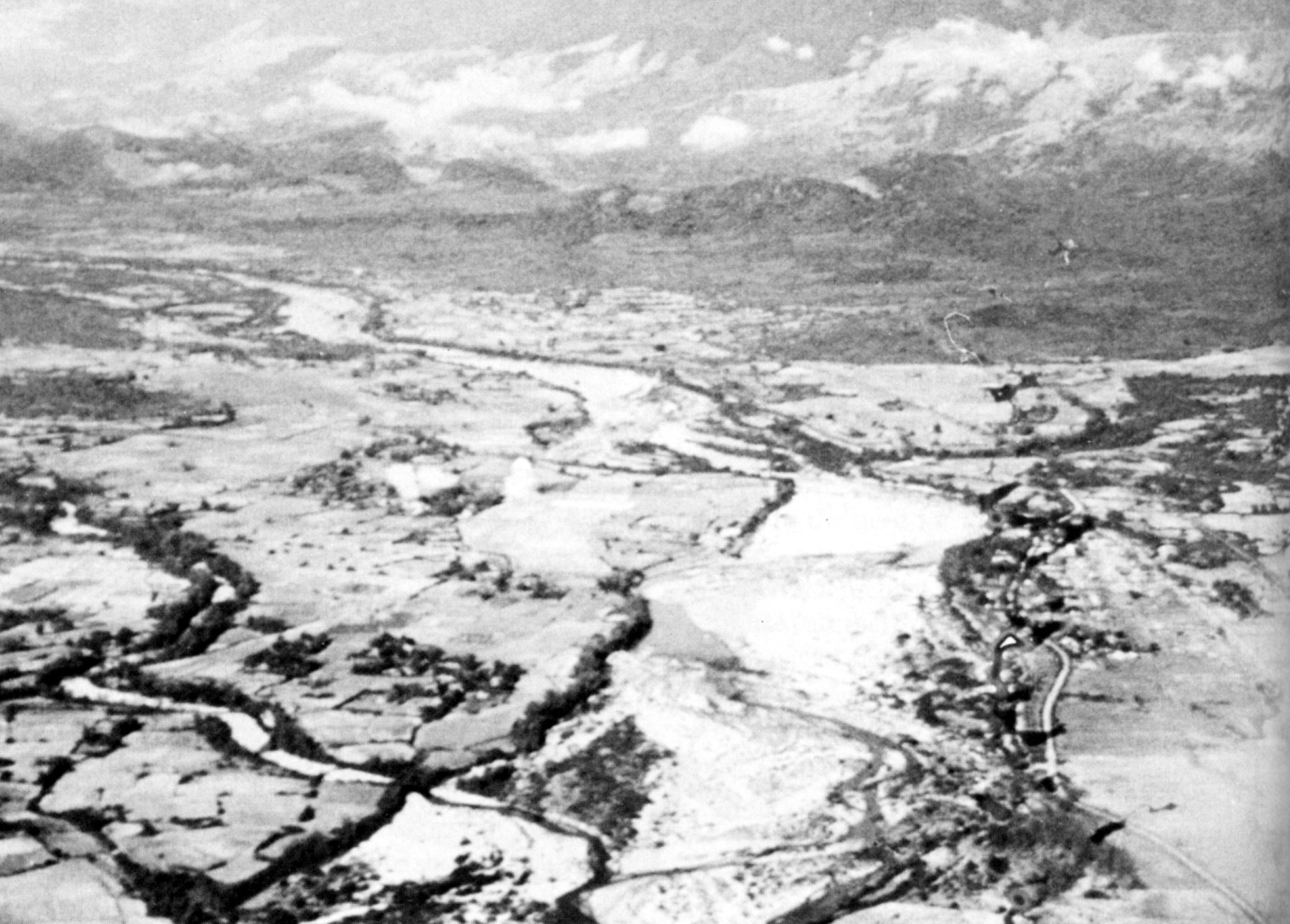 An aerial view of the Operation STOMP area o/operations north o/Qui Nhon. Smoke from artillery preparatory fires can be seen in the left center o f the picture.

Task Force ALPHA,* was unaware of the ban. The Marine battalion employed tear gas (CS) near Qui Nhon during an operation codenamed STOMP, which took place from 5-7 September, just before PIRANHA.

Major Raymond W. Wilson, Utter's executive officer, curious about a suspected Communist stronghold some 10 miles north of Qui Nhon, visited a Special Forces camp on Ky Son Mountain which overlooked the region in early September. From intelligence reports, Wilson concluded that the surrounding area was an operating base for a VC main force unit. He learned that the terrain was honeycombed with a network of tunnels. Major Wilson then suggested to his battalion commander that their unit conduct a search and clear operation through Ky Son and its surrounding countryside. Utter agreed and, after General Larsen gave his permission, the battalion prepared for a two-company sweep of the Ky Son area. Lieutenant Colonel Utter assigned Major Wilson as the commander of the operation and the battalion S-3 officer, Captain Alvin J. Doublet, as second in command. The Marines planned to envelop the Communist forces, with one company landing by LVTs and the other by helicopter.

The basic problem was to kill or capture the Viet Cong, who blended with the dvilian population, without harming the innocent. Captain Doublet had been attached to the 7th Marines during STARLITE

* Task Force ALPHA was the forerunner of Field Force, Vietnam, which was established on 25 September with Larsen as commander. Major General Larsen had much the same responsibility for U.S. forces in II Corps as General Walt had for I Corps. See chapter 8 for further discussion of these command relations.