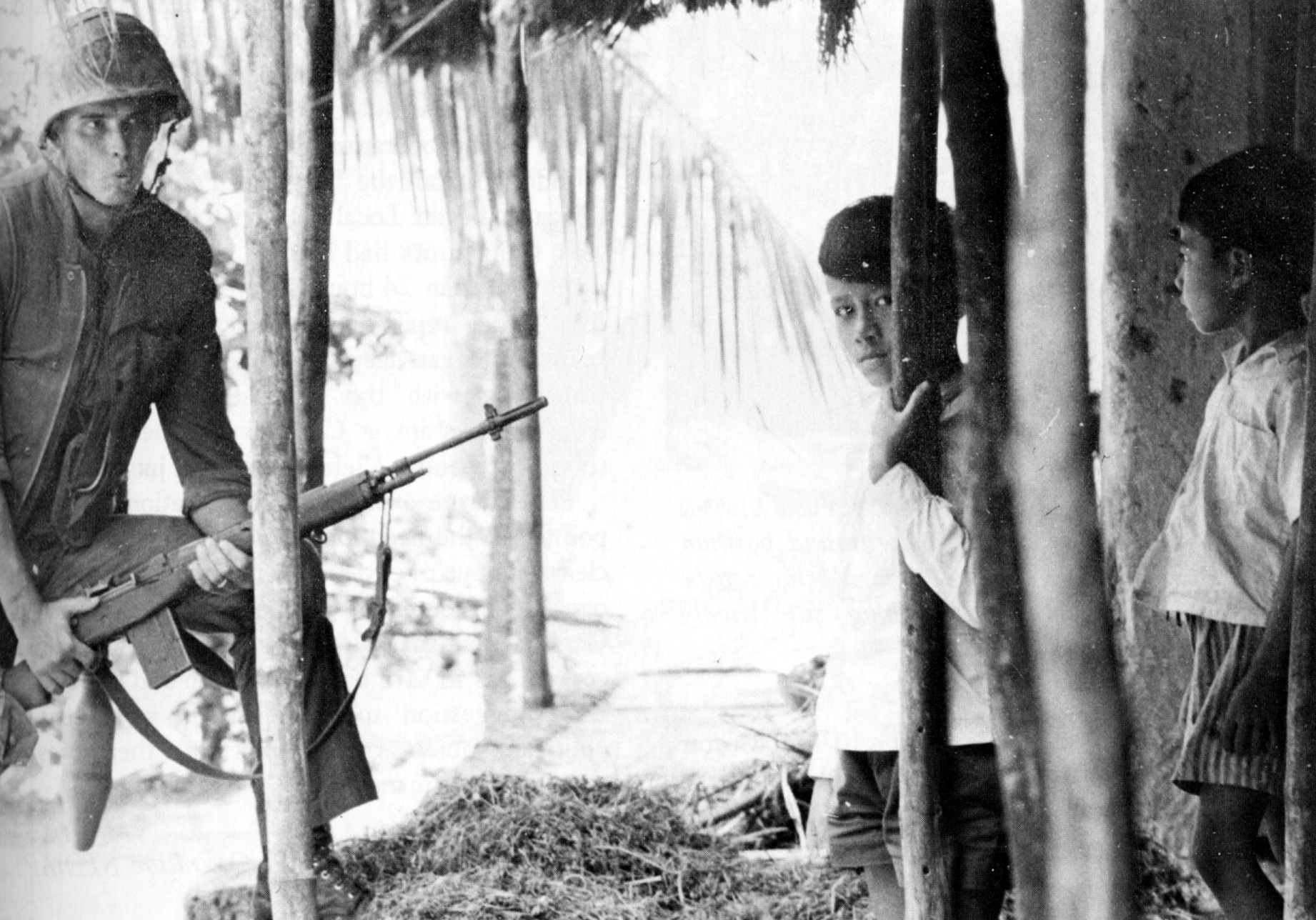 A Marine whistles while searching a hamlet/or VC during Operation PIRANHA as two Vietnamese boys watch him. The Marines encountered relatively little resistance during the operation.

Lieutenant Colonel Bodley established his command post and set up his blocking positions on the high ground.

After inserting the 3d Battalion, 16 of the UH-34Ds flew to Quang Ngai and began shuttling the two South Vietnamese battalions into their landing zones, LZs BIRCH and PINE. This was the only opposed helicopter landing of the day. Four U.S. Army Huey gunships escorting the troop carriers and two of the Marine helicopters were hit by ground fire. As the Vietnamese troops moved out of the landing zones, the firing stopped.

During the three-day operation, only Lieutenant Colonel Kelly's 1st Battalion found a significant number of enemy. On 8 September, Kelly's Company B discovered a VC field hospital in a large cave near the center of the Batangan Peninsula. The Marines captured four prisoners, but then came under fire from other VC in the cave. Kelly's men returned the fire and attempted to convince the enemy inside to surrender. Marine engineers then placed explosives in the cave. After the detonation, the Marines counted 66 Viet Cong bodies inside. They also found medical supplies, some small arms, and a small amount of ammunition. While searching the cave, six of the Marines were overcome by oxygen starvation. One of them, a lieutenant, died of asphyxiation.

The low level of artillery and naval gunfire required during PIRANHA further underscored the enemy's absence. During the first 24 hours of the