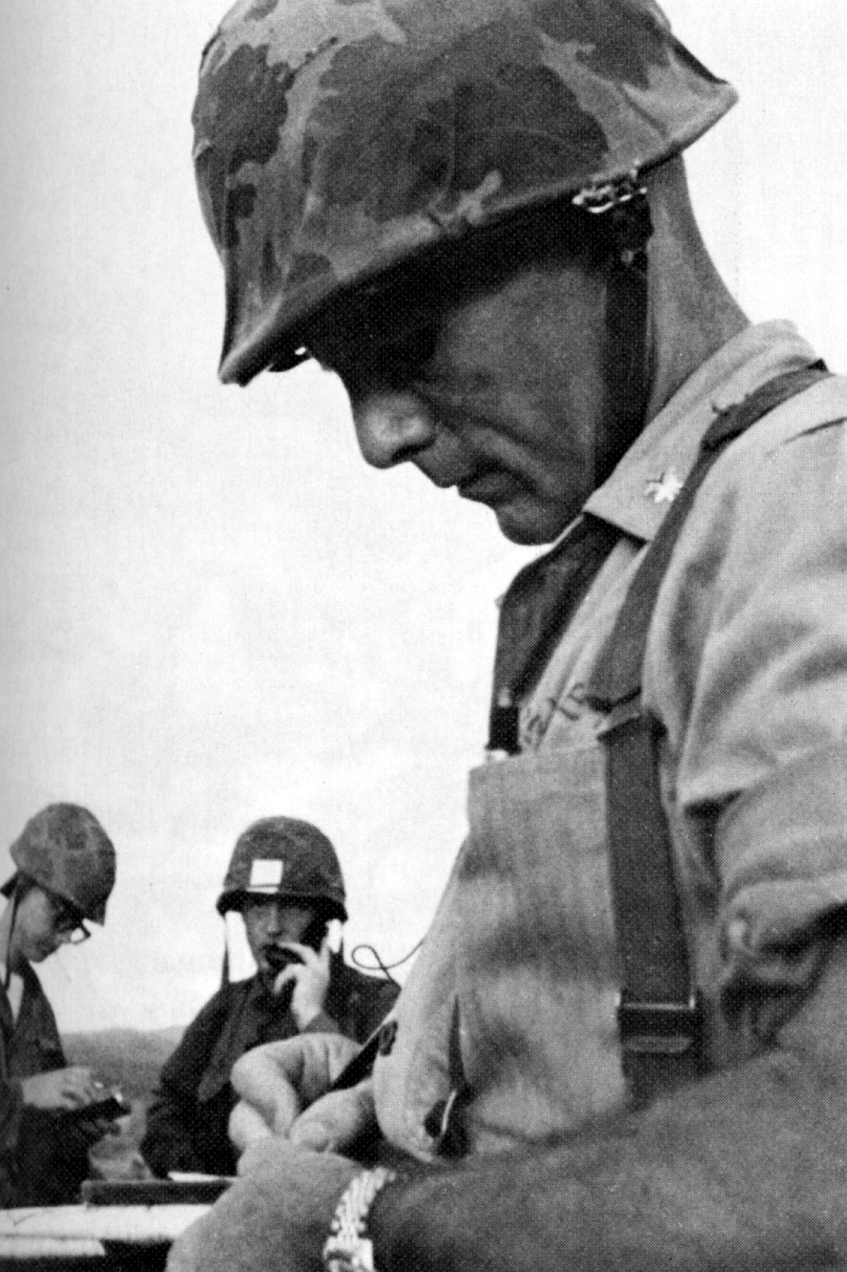 Small boats from the South Vietnamese Navy's Junk Division 15 screened the local fishing craft from the American naval task group. By 0500 on the morning of 7 September, all amphibious forces were in position, except for the amphibious assault ship Princeton with Muir's 3d Battalion embarked. It arrived later that day.

Two days after the operation had started, the Oklahoma City was replaced by the cruiser Galveston and the Orleck by the destroyer Braine (DD 630). An additional destroyer, the Walke (DD 723), also arrived. The Princeton had stopped off the coast of Chu Lai to unload newly arriving elements of Colonel William G. Johnson's MAG-36 before proceeding southward.

Air operations over the objective area began with the 0520 arrival of a Marine KC-130, configured to function as an airborne DASC until one could be established ashore. Shortly afterwards a USAF Fairchild C-123 Provider flare plane reported on station to provide illumination. Under the light of the flares, eight A-4s from Colonel Noble's MAG-12 strafed the landing beach with 20mm cannon fire from 0555 to 0615. A lone A-4 laid a smoke screen to cover the assault of the landing force. Marine pilots next turned their attention further inland. Beginning at 0620, eight F-4s and four A-4s dropped eight tons of 'Daisy Cutter' bombs to prepare the helicopter landing zones.*

While the aircraft bombed the LZs, the first waves of the 1st Battalion, 7th Marines landed across WHITE Beach at 0635. Two LVTE-1s** came ashore to clear enemy mines on the beach. These two amphibian tractors were followed by the assault elements of Companies A and C. The troops dismounted at the water's edge and deployed. The enemy reaction was a few sniper rounds.

The entire battalion was ashore within 20 minutes and enemy resistance continued to be very light. The tractors proved their worth in ploughing paths through the numerous hedgerows where any boobytraps were likely to be hidden. One of the tractors slightly damaged its dozer blade when it detonated a VC boobytrap buried in the sand. This was the first use of the LVTE-1 tractors in combat.

As Kelly's battalion was securing its beachhead, 40 UH-34Ds from MAG-16 helilifted the assault elements of Bodley's 3d Battalion to their objective area, LZ OAK, four miles to the west. The Marines encountered no opposition in the landing zone and completed the helilift in less than three hours.

* 'Daisy Cutter' is a term given to bombs equipped with a nose probe which causes the bomb to explode above ground. This causes a clearing by blowing-away the vegetation with a minimum of cratering. These daisy cutters were of the 250- and 500-pound varieties.

** The LVTE-1 is an amphibian tractor equipped to clear a path through minefields. It fires a string (line) of demolitions to its front; these demolitions then explode on the ground setting off mines. The tractors are also equipped with a front dozer blade. Only one of the tractors was able to fire its line chargers without difficulty, but the beach was not mined.