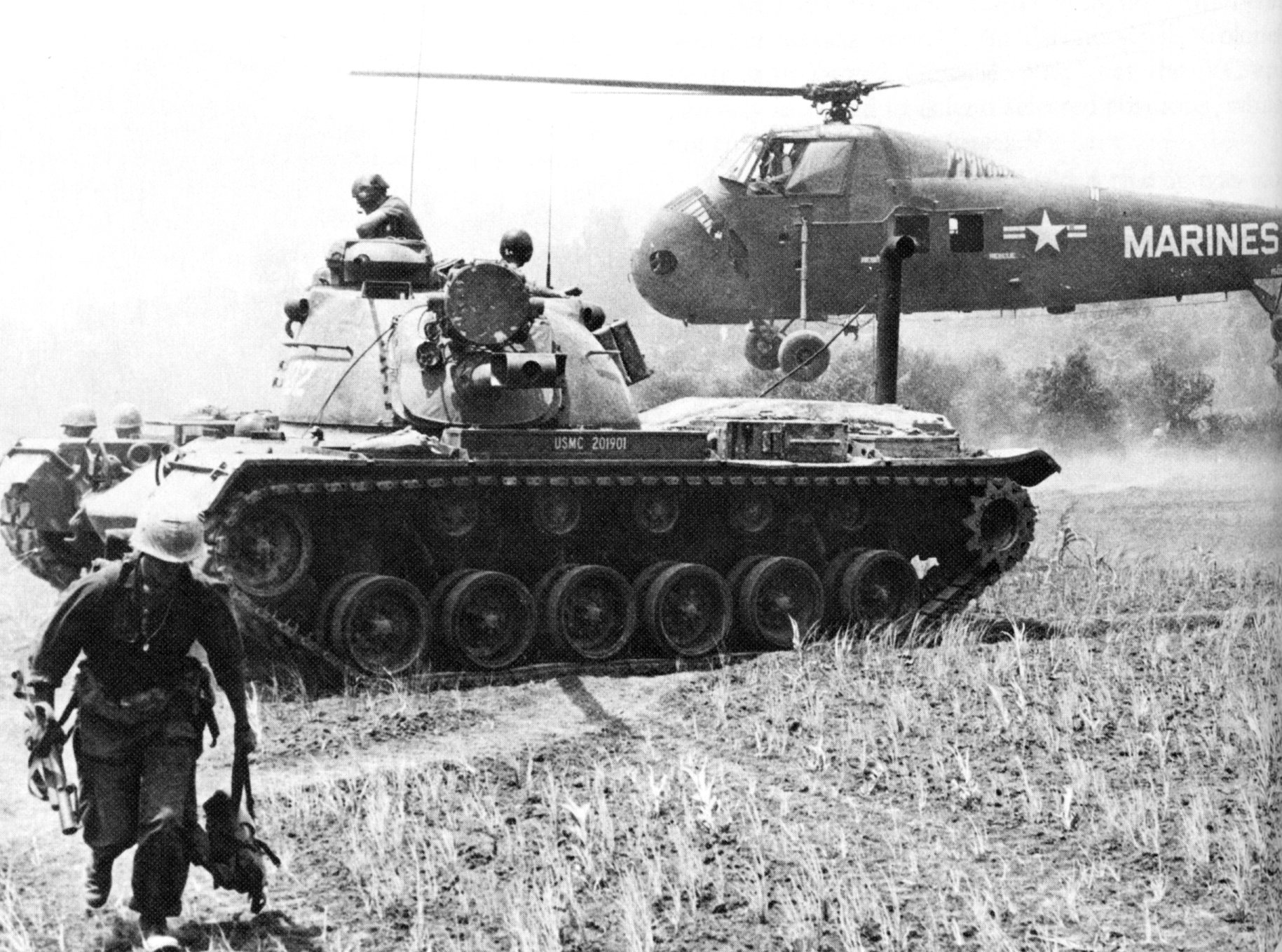 A MAG-16 helicopter evacuates STARLITE casualties, while a Marine M-48 tank stands guard. The Marine on the left carries a M-79 grenade launcher.

battalions returned to Chu Lai on the 20th and Lieutenant Colonel Kelly's 1st Battalion, 7th Marines moved into the objective area and joined Bodley's battalion and units from the 2d ARVN Division for the search. The Marines killed 54 more VC in the Van Tuong complex before STARLITE came to an end on 24 August. The Marines had killed 614 VC, by body count, taken 9 prisoners, held 42 suspects, and collected 109 assorted weapons, at a cost of 45 Marines dead and 203 wounded.

The exploits of the infantry battalions were only part of the story of the battle. Colonel Peatross had high praise for both the tank and engineer detachments attached to his command. He observed the engineers were particularly helpful in destroying enemy fortifications, 'mostly trenches and caves during the heat of battle and many more during the five days that followed the mop up.' The regimental commander later claimed that 'the tanks were certainly the difference between extremely heavy casualties and the number that we actually took. Every place the tanks went, they drew a crowd of VC.'16

Another factor in the outcome of the battle was the vast amount of firepower that the Marines brought to bear against the enemy. Elements of Lieutenant Colonel Page's artillery group at Chu Lai, supporting the operation, fired over 3,000 rounds of high-explosive, white phosphorous, and illumination. Fifty-eight missions were called in by artillery forward observers. The remainder consisted of preparation fires, marking concentrations, and harassing and interdiction missions. On five occasions, aerial observers reported secondary ex-