of LZ RED, Company E encounted stiffer opposition from the Viet Cong. The enemy manned firing positions on a ridgeline east and northeast of the LZ, employing mortars, machine guns, and small arms. After dogged fighting, the Marines cleared the hills. By midmorning, Company E began moving northeast. At one juncture, the Marines spotted about 100 VC in the open and asked for artillery fire. The 107mm Mortar (Howtar) Battery, 3d Battalion, 12th Marines, helilifted into the position held by Company M, shelled the enemy force. Fisher, who later flew over the impact area in a helicopter, estimated that the artillery mission had accounted for 90 enemy dead. Company E continued to push forward, finding only occasional opposition.

Along the coast, Company K had advanced to Phase Line BANANA, 2,000 meters north of the landing beach. There a VC force, entrenched on a hill overlooking the Marine positions, blocked the advance of the company. Lieutenant Colonel Muir, who had established his forward CP with Company K, ordered Company L forward. By midaftemoon, the two Marine companies, aided by supporting arms, carried the high ground and set up night defenses.

The major action developed in the south near LZ BLUE, at the junction of Fisher's and Muir's units. This area, roughly one square kilometer, was bound by the hamlets of An Thoi (2) on the north, Nam Yen (3) on the south, and An Cuong (2) to the east. 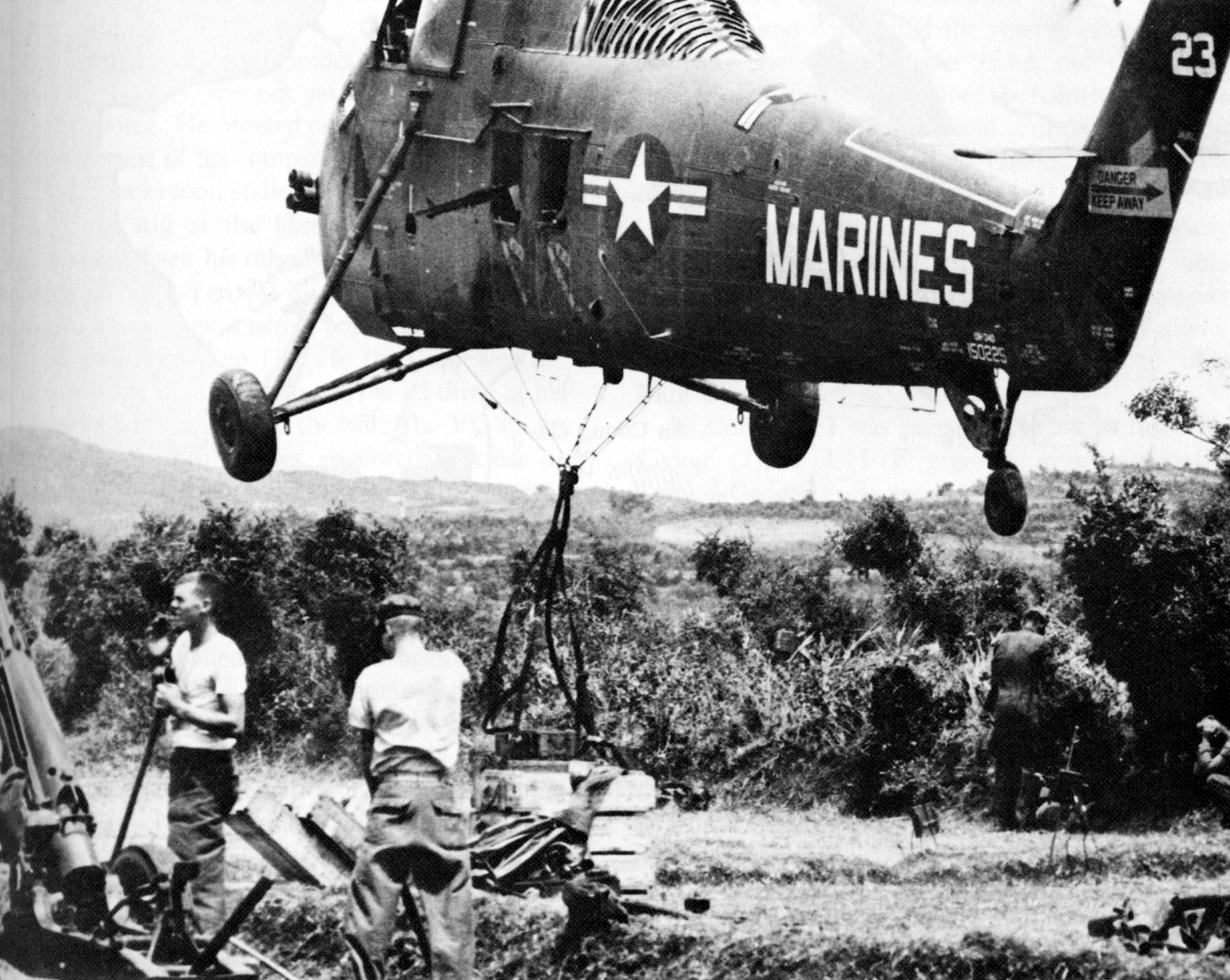 A Marine helicopter from HMM-361 brings ammunition to a howtar position during Operation STARLITE. The howtar is a 107mm mortar tube mounted on a pack howitzer chassis, hence the name howtar.