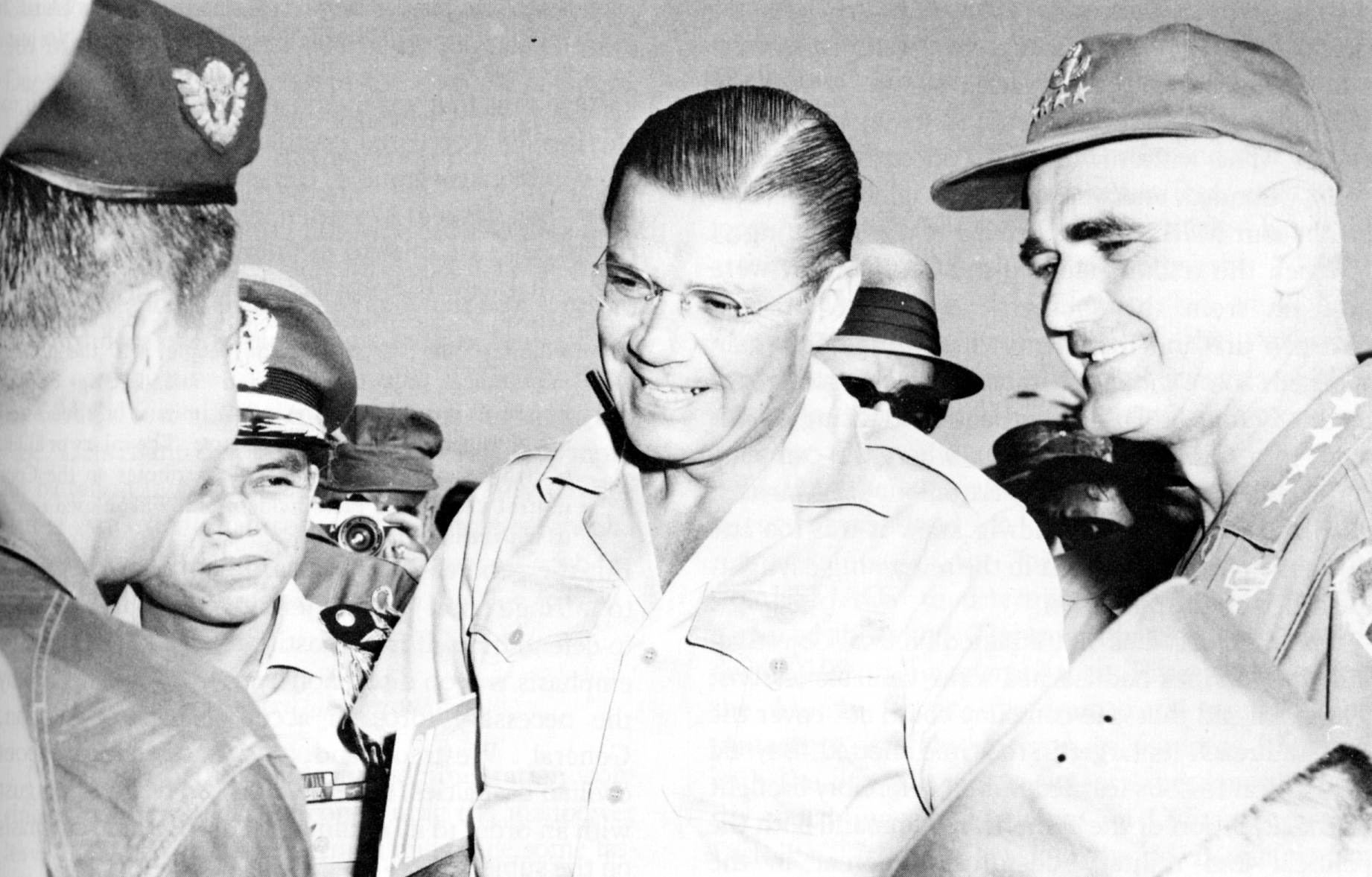 Secretary of Defense Robert S. McNamara (center) and General William C. Westmoreland, Commander, United States Military Assistance Command, Vietnam (right), discuss the situation in I Corps with the I Corps commander, Major General Nguyen Chanh Thi (back to the camera), in July 1965. Secretary McNamara was in Vietnam to review the U.S. military commitment to South Vietnam with General Westmoreland

The Marines would search one hut, only to have a VC sniper turn up behind them, shoot, and disappear. Troops from one of the platoons began to burn the huts from which they had received fire. The platoon commander, Second Lieutenant Ray G. Snyder, claimed that Cam Ne was an 'extensively entrenched and fortified hamlet.' Lieutenant Colonel Ludwig explained, that 'in many instances burning was the only way to ensure that the house would not become an active military installation after the troops had moved on past it.''35

By midafternoon, Captain West realized that his men would not be able to reach their objective area by nightfall. The company uncovered 267 punji stick traps and pits, 6 Malayan whips,* 3 grenade booby traps, 6 anti-personnel mines, and 1 multiple boobytrapped hedegrow. The troops demolished 51 huts and 38 trenches, tunnels, and prepared positions, yet they had only progressed a quarter of the distance to their final objective.

Not knowing the strength of the enemy and realizing that the situation could deteriorate after dark. Captain West ordered a withdrawal to the Yen. When the Marines were once again in the open, the Viet Cong returned to the tree line and opened up with automatic and small arms fire upon the Americans. This time the Marine company called on Battery D, 2d Battalion, 12th Marines and the battalion 81mm mortar section for cover. Twenty-four 105mm shells and 21 mortar rounds struck the VC positions in four-to-five minutes. The troops were not able to observe the results, but the Viet Cong fire stopped and the Marines boarded their tractors.

During this engagement it had been impossible for

*A Malayan whip is a bent bamboo fence which, when tripped, whips pointed stakes into the intruder.