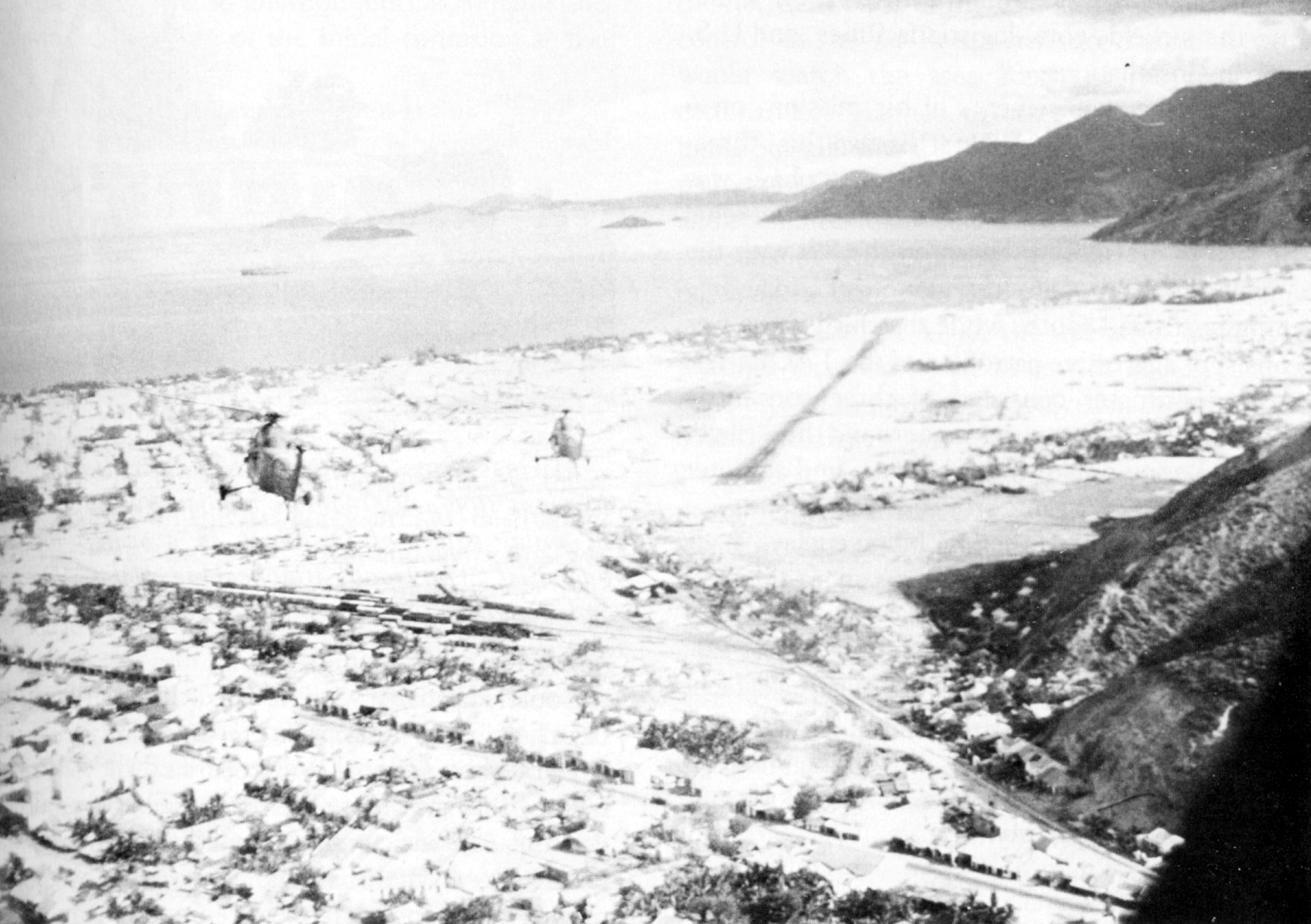 Marine helicopters from HMM-161 approach Qui Nhon airfield from the northwest. The base area of the 2d Battalion, 7th Marines was located four miles to the west of the airstrip.

to Bien Hoa and that one of the Marine battalions slated to reinforce III MAF relieve BLT 3/7 at Qui Nhon so that the SLF could once again function as a floating reserve. The incoming Marine battalion would remain at Qui Nhon until relieved by Republic of Korea (ROK) troops scheduled to arrive later in the year. Admiral Sharp approved the request and General Krulak assigned Lieutenant Colonel Leon N. Utter's BLT 2/7 for the Qui Nhon mission.15*

The Marines of BLT 2/7 had been embarked in the dock landing ship Alamo (LSD 33) and the attack transport Okanogan (APA 220) at Okinawa since 30 June, awaiting permission to deploy to South Vietnam. When the battalion received its new mission, the ships sailed, arriving off Qui Nhon on the evening of 6 July. The selected landing area, GREEN Beach, was south of the city and had been secured by Bodley's battalion. At 0800 the next morning, the first troops landed and the relief was completed by that evening. Supplies and equipment of Utter's battalion were brought ashore during the night and the entire operation was over by daybreak. BLT 3/7 reembarked in its own shipping on the afternoon of the 8th, but the amphibious squadron remained off Qui Nhon for several days in position to reinforce BLT 2/7 if the need arose.

Upon arriving at Qui Nhon, Lieutenant Colonel Utter's battalion came under the operational command of III MAF. General Walt directed the battalion to deploy its forces about ''the key terrain