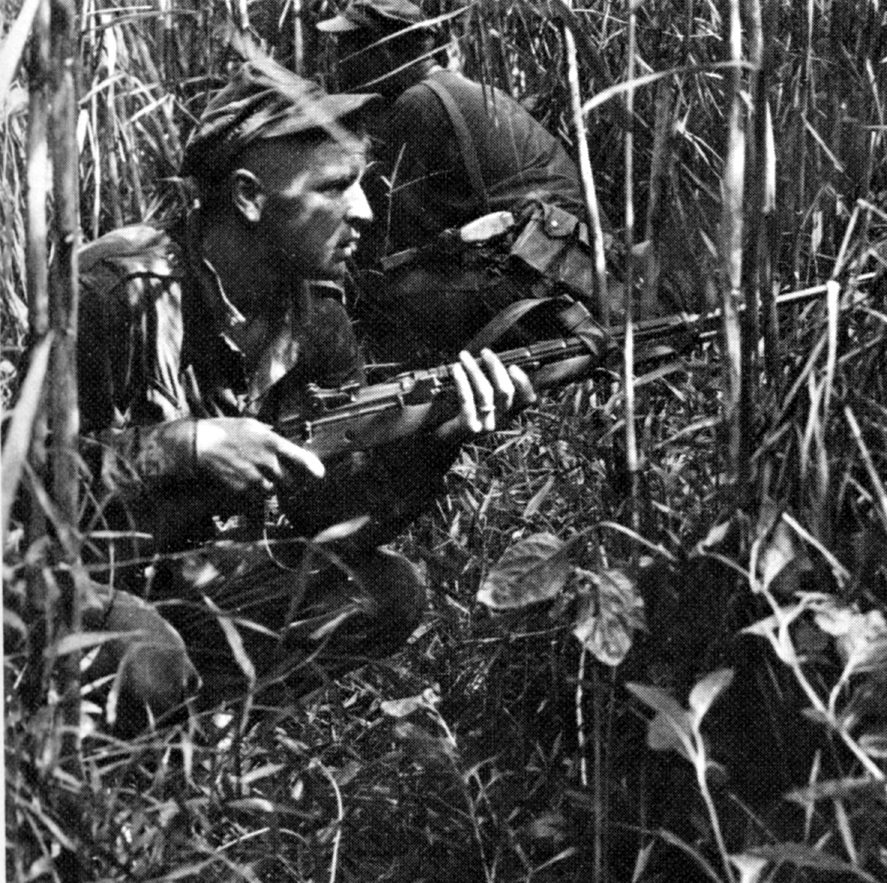 Marines from the 3d Battalion, 4th Marines take cover near Phu Bai. Their patrol had just been fired upon by the VC.

that the area directly to the north and east of the airstrip, designated Zone A, was not included in the Marine area of responsibility.

Lieutenant Colonel William W. 'Woody' Taylor,* the battalion commander, was unhappy with the tactical arrangements and commented that the VC could apparently come in and shoot up the villages with impunity while the Marines were not permitted to operate in Zone A.47 On 21 June, General Nguyen Van Chuan, the 1st ARVN division commander, incorporated the sector into the Phu Bai TAOR, and at the same time gave Lieutenant Colonel Taylor limited operational control of the five South Vietnamese Popular Force platoons in Zone A. This eventually led to the development of the highly successful Marine and South Vietnamese combined action company. (See Chapter 9)

By the end of June, the stepped-up activity in all three Marine enclaves had placed a heavy strain on III MAF, in terms of both men and material. During the month, General Walt requested the remaining battalions of the 3d Marine Division on Okinawa.** It was now obvious in both Saigon and Washington that more American forces were needed and the entire subject of the total U.S. troop commitment to the war in Vietnam was undergoing reconsideration.

**0n 11 June, 1/9 arrived and relieved 3/9, which returned to Okinawa for transfer back to the United States. This exchange of units was in line with the peacetime battalion transplacement system then in effect and could not in any sense be considered a reinforcement.