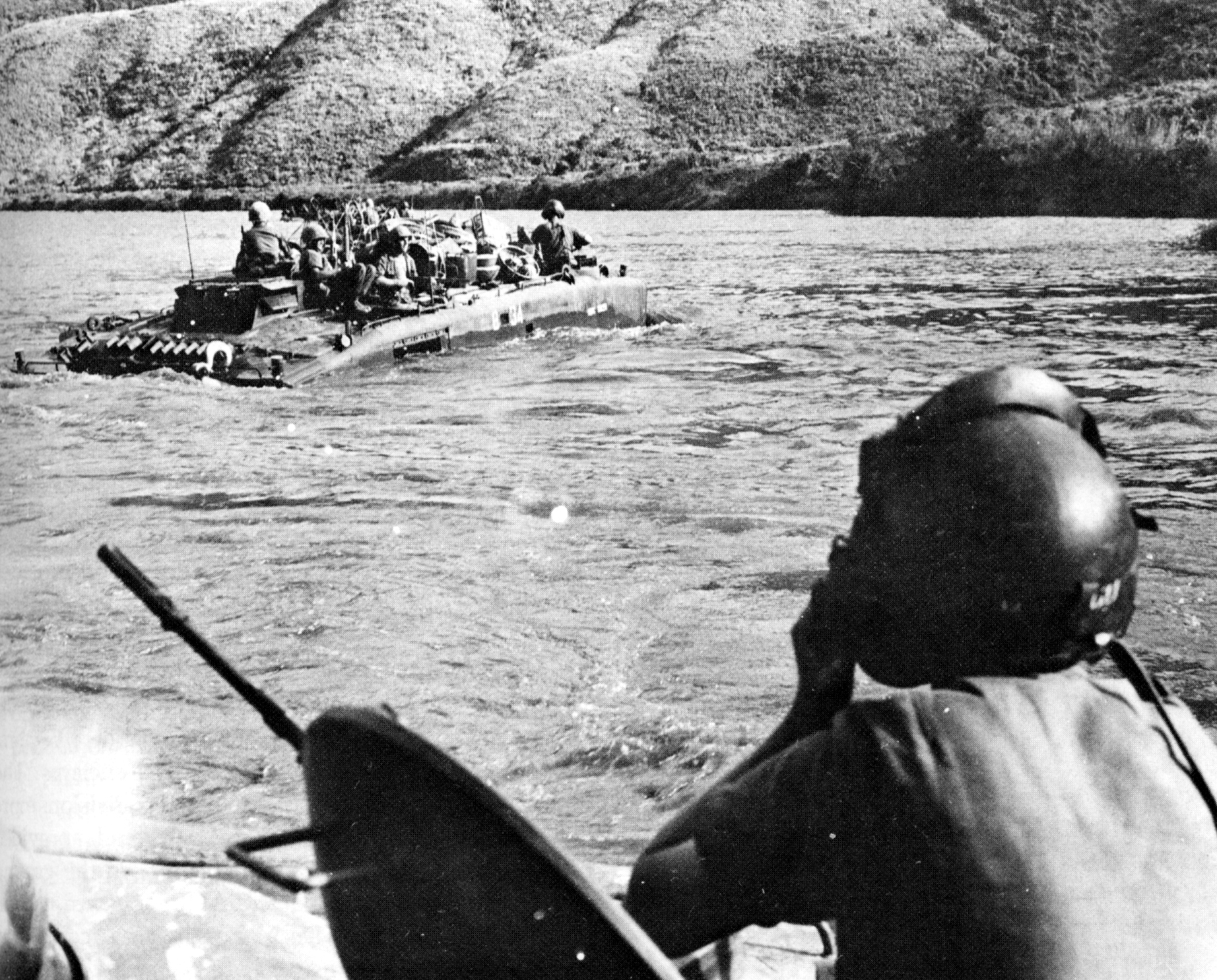 distribution of its supplies through its own force logistic support group (FLSG).34

The III MAF FLSG, commanded by Colonel Mauro J. Padalino, was built around the nucleus of the 3d Service Battalion from the 3d Marine Division and reinforced by support elements from the 3d Force Service Regiment on Okinawa. Colonel Padalino, a veteran supply officer who had served in both World War n and Korea, maintained his headquarters at Da Nang while two force logistic support units, FLSU-1 and -2, serviced Chu Lai and Phu Bai. Despite shortages compounded by breakdowns in equipment and a complex peacetime supply system, the FLSG managed to meet the most urgent requirements of the fully operational MAF.* The logistic situation gradually improved after the Defense Department permitted the Commandant of the Marine Corps to release the emergency FMFPac mount-out supplies for shipment to Vietnam on 5 June.

In spite of the logistic strain, more than 9,000 personnel had been added to the Marine force in Vietnam by mid-June. They were spread over an area of 130 square miles and engaged in a wide variety of tactical, support, and combat support activities. Both the 3d Marines and the 4th Marines

* See chapter 12 for a more detailed account of the logistic situation.