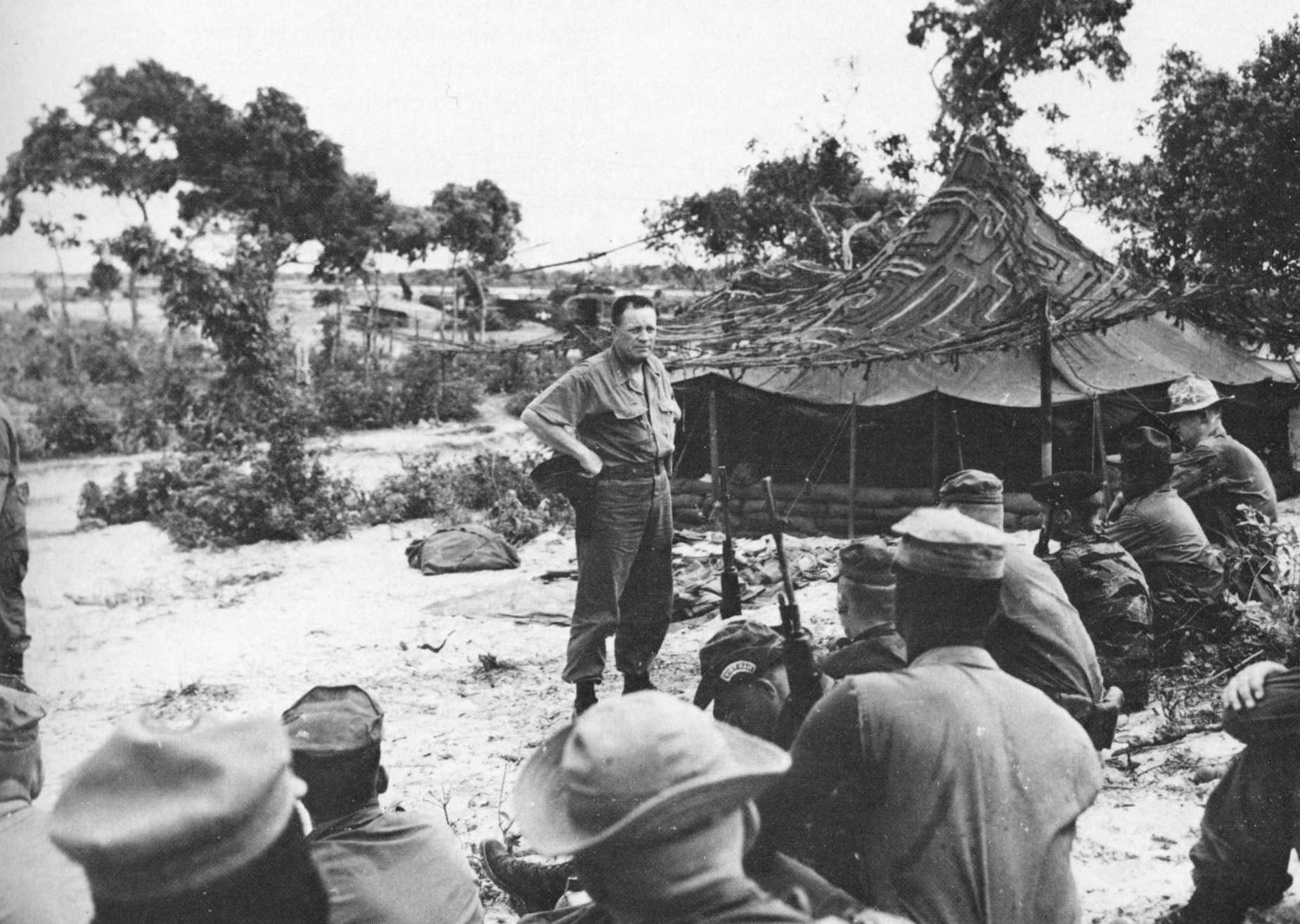 his college days. Upon promotion, he would be the junior major general in the Marine Corps and was one of the Corps' more decorated officers, two Navy Crosses and the Silver Star and combat service in both World War II and Korea. He had just completed a tour as the Director, Landing Force Development Center at Quantico.

In contrast to the physical bulk of Walt, McCutcheon was a short, slim man in appearance, but held equally imposing military credentials. Decorated with the Silver Star and Distinguished Flying Cross and a veteran of both World War II and Korea, McCutcheon was one of the pioneers in the development of close air support and helicopter tactics. In April 1965, he arrived in Japan as the 1st MAW assistant wing commander after completion of his duties as the CinCPac J-3. On 24 May, he assumed command of the wing's headquarters at Da Nang. Two weeks later, McCutcheon assumed command of the entire wing, upon General Fontana's departure for the United States.

After an informal promotion ceremony in the Commandant's office in Washington and a ceremonial battalion parade at Quantico, Major General Walt left for Vietnam at the end of May.26 On 5 June, he officially relieved General Collins as Commanding General, III MAF and Commanding General, 3d Marine Division.