must accommodate to a new environment in which responsibility is shared and cooperatively discharged without benefit of traditional command relationship.' He emphasized that simple and easily understood plans were a prerequisite for success.4

Taking these assumptions into consideration, General Westmoreland observed that American operations would take place in three successive stages: base security, deep patrolling, and finally search and destroy missions.5 For the Marines in Vietnam at this time base security was of the utmost concern; only at Da Nang had lu MAF begun to move into the second stage of operations.

The Le My Experiment

At Da Nang, the most significant development was the beginning of a rudimentary pacification program involving Lieutenant Colonel David A. Clement's 2d Battalion, 3d Marines. Since its arrival in April, the battalion had been on the high ground in the northwest fringe of the Da Nang TAOR, overlooking the village complex of Le My. The village consisted of a cluster of hamlets located on the southern bank of the Cu De River in the Hoa Vang District of Quang Nam Province, eight miles northwest of the Da Nang Airfield. According to the district chief, there had been little security in this area for over a year. Although the ARVN had conducted several operations, their forces had never remained to root out the Viet Cong political cadre and to provide security for the people.6 Security was one thing the Marines could furnish. Lieutenant Colonel Clement explained that the occupation of Le My gave him the needed depth of defense around the Da Nang Airbase to carry out his mission.7

Beginning on 4 May, the Marines maintained pressure on the VC in the village complex by repeated patrolling of the area. On the 8th, Lieutenant Colonel Clement, accompanied by his S- 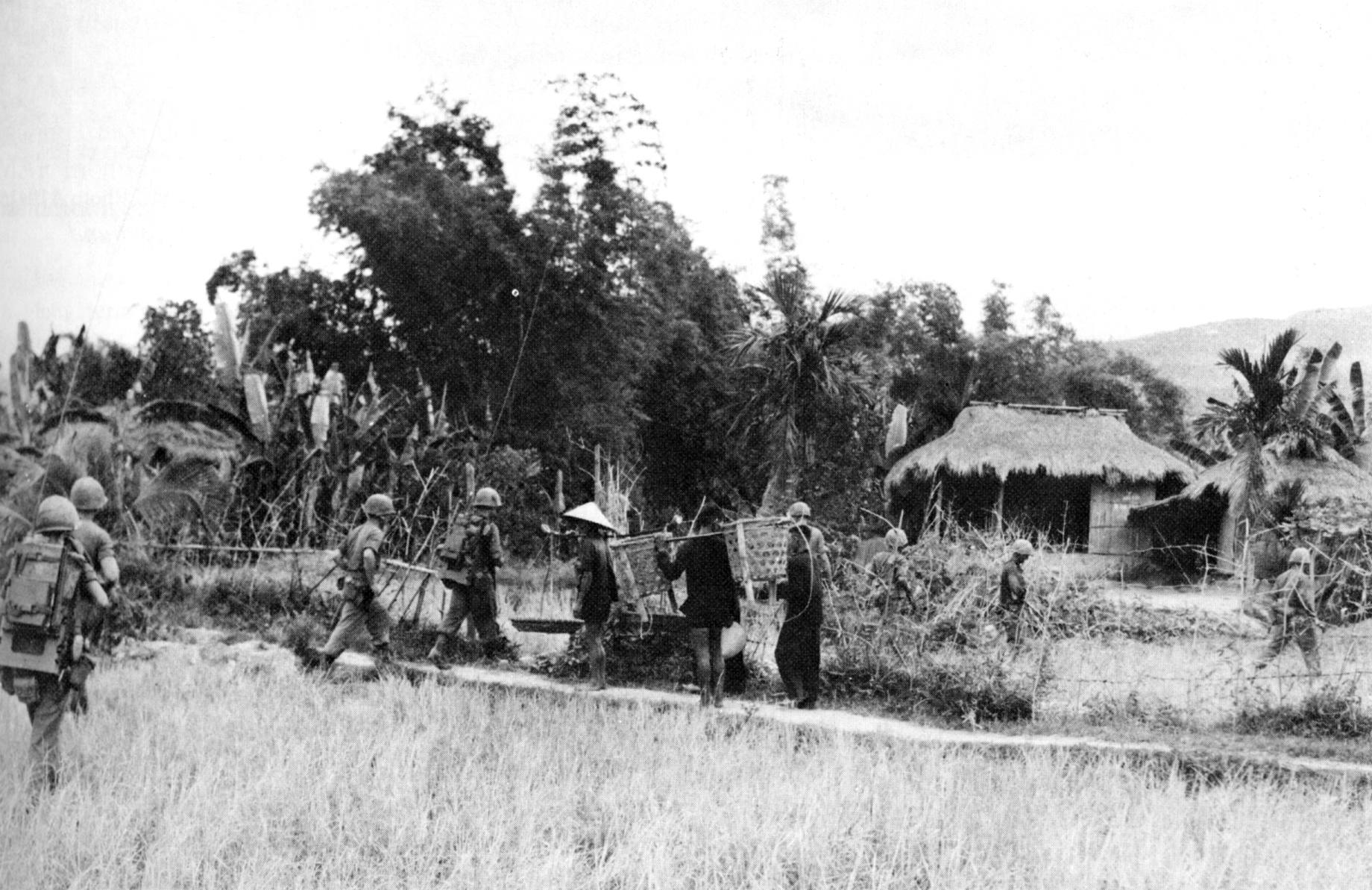 In one of the first extensions of Marine positions into a populated area in May, Marines from the 2d Battalion, 3d Marines move into the hamlet of Le My. Three villagers watch the troops enter the village gate.