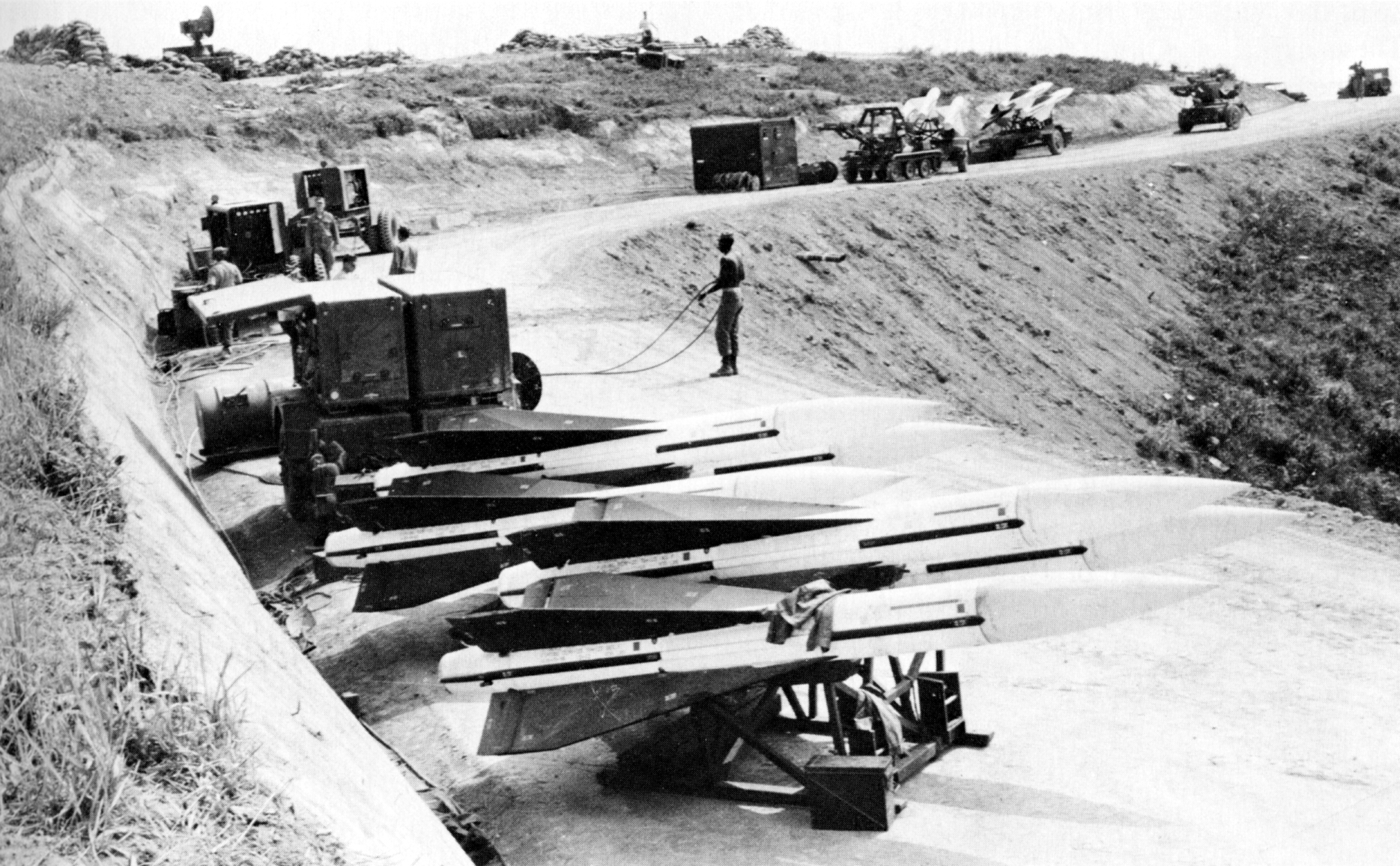 HAWK missiles move to new positions on Hill 327 from the airfield. The missiles are from Battery B, 1st LAAM Battalion.

airfield perimeter. The battalion was prepared to support these posts with a strong reaction force which could deploy rapidly to any sector of the airfield. The inherent difficulty of the unit's defensive assignment was that the battalion could not establish listening posts or conduct defensive reconnaissance patrols beyond the confines of the airfield.

Although McPartlin's battalion ran patrols into the hills to the west, his Marines encountered no Viet Cong. In fact, the first Americans casualties were inflicted by another Marine when two men from a three-man listening post left their positions to investigate a suspicious movement to their front. The two men apparently lost their way in the dark and came upon their remaining partner from the rear. He turned and opened fire, mortally wounding his two comrades.

Initially, the Marine infantrymen suffered more from the heat and humidity than from the combat situation. In order to reduce the number of heat prostration casualties. General Karch restricted defensive patrols and heavy work to the cooler hours of the early morning and late afternoon.

Although acclimatization only required time, other problems were not so easily solved. Relations with the South Vietnamese often were difficult. For example, Bain's relief of some ARVN forces at the airfield on 13 March was delayed when the Vietnamese refused to leave their positions. The Marines had to make further liaison with the ARVN headquarters before completing the relief the next day.

* Popular Forces were Vietnamese who were recruited and served in their local villages and hamlets. Regional Forces (RFs) were Vietnamese forces recruited within a province and assigned to the province chief. Although comparison with the U. S. institutions is not exact, one could say that PFs were county- or parish-type troops while RFs were state forces.