On 7 March, I was sitting in my stateroom when Admiral Wulzen comes in and says, 'Here is a dispatch,' which said, 'Close Da Nang, land the landing force.' I looked at the dispatch, I looked at Admiral Wulzen, and I said ' 'Don, do you think in Washington they know what time it is in Da Nang? This means a night landing if we close Da Nang at this point.''

Karch went on to exclaim:

And not only that-we were in the worst weather we had encountered in the South China Sea ever. Visibility was limited to 150-200 yards, and it was about 12 o'clock. The move into the Da Nang harbor from which the landing would be launched was going to take about four to five hours.21*

Upon his return to the command ship that evening, General Karch radioed Lieutenant Colonel McPartlin. He assured the battalion commander that Route 1 would be closed to civilians for 36 hours and that McPartlin would control traffic in the beachhead area. The Vietnamese would regulate movement along the rest of the route. The MEB commander concluded: 'Unless the situation ashore changes during the night, you can count on an administrative move from beachhead to airfield. Speed in execution is essential.. . ,'22 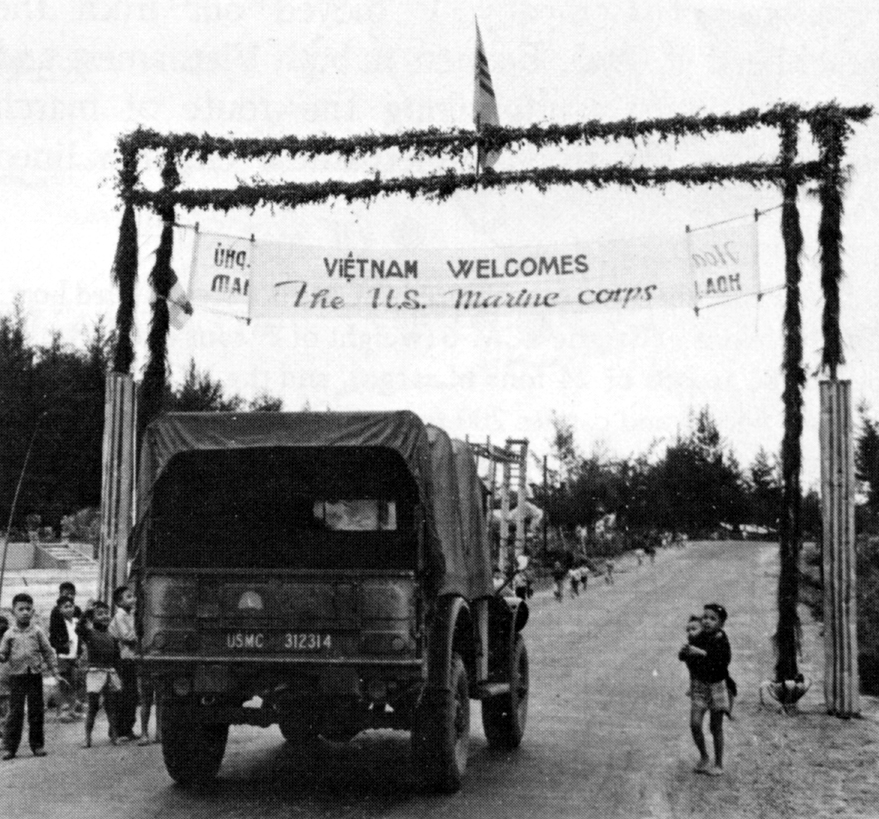 Shortly afterward, General Karch ordered the execution of OPlan-37D. The plan, with H-hour set for 0800, 8 March, scheduled general unloading to be completed by 1600 the next day. Lieutenant Colonel McPartlin planned for Company I to land over the northern portion of RED Beach 2 and Company K over the southern sector. They were to insure that the landing area was secure and provide the advance guard for the movement to the airfield. Company M was designated battalion reserve.

At 0545 on the 8th, the four ships of Amphibious Task Force 76, the flagship Mount McKinley, the attack transport USS Henrico (APA 45), attack cargo ship USS Union (AKA 106), and amphibious transport dock USS Vancouver (LPD 2) closed to within 4,000 yards of the Da Nang shore and anchored in the harbor. Admiral Wulzen gave the order "land the landing force'' at 0600. At this time, other than an intermittent drizzle, weather conditions were moderate. Visibility was five miles and the wind was blowing at eight knots from the northwest. Near the shoreline, waves were cresting from two to four feet, spilling gently onto the landing beach. Unfortunately, these conditions did not last long.

* A last minute requirement to coordinate the public announcement of the Marine landing with the South Vietnamese may have accounted for the timing of the JCS message. See 'Marine Combat Units Go to Da Nang,' Pentagon Papers, bk 4,sec. IV-C-4,p.8.