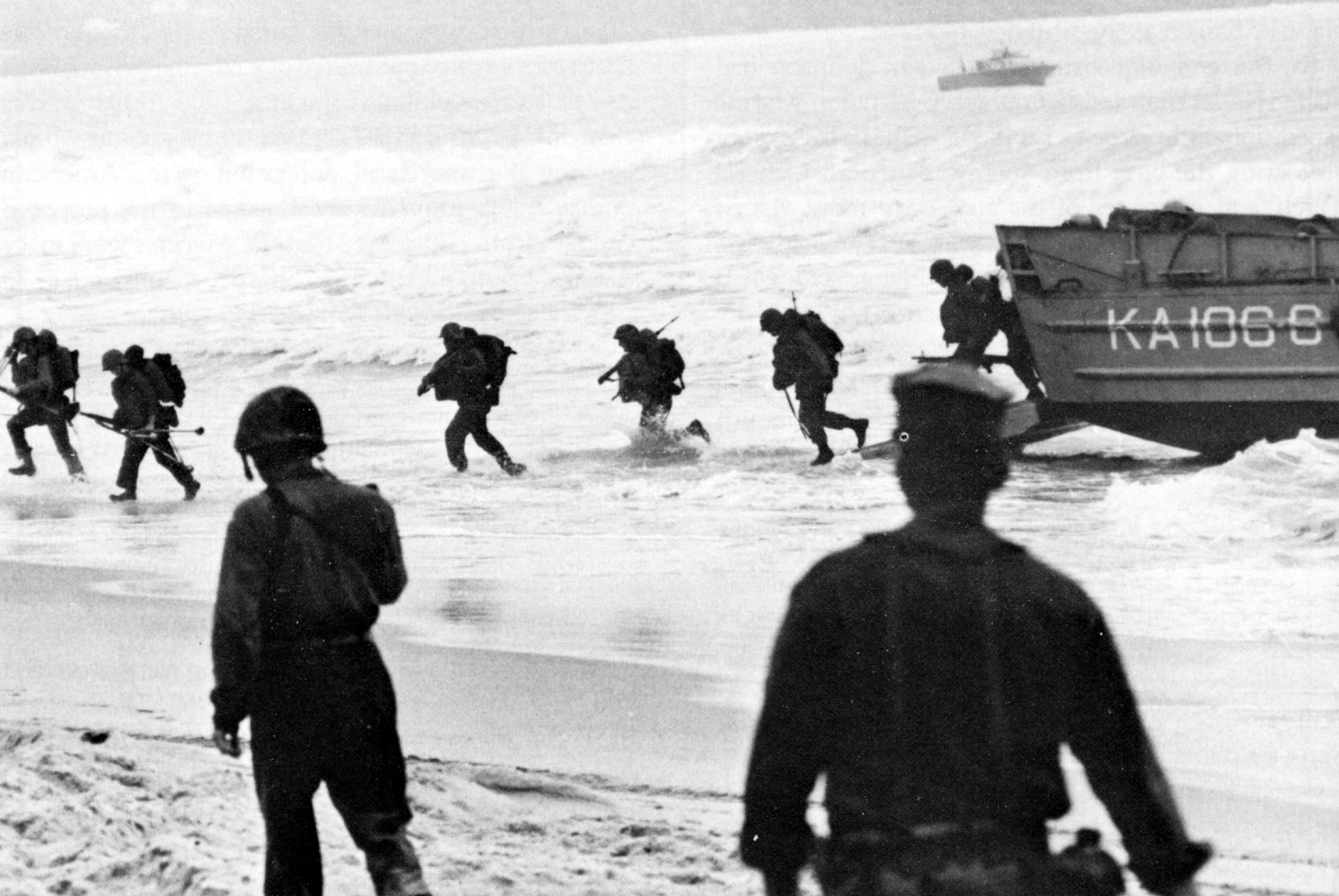 Marines from BLT 3/9 came ashore on 8 March 1965 at RED Beach 2, northwest of Da Nang, The heavy surf delayed the landing for an hour,

2d, however, Karch cancelled both the exercise and the briefing when he received orders to proceed immediately to Da Nang. Boarding a Marine KC-130F, the tanker/transport model of the C-130, General Karch and 28 members of his staff departed Okinawa at 2300. The aircraft stopped at Cubi Point to pick up staff members of Navy Task Force 76 and arrived in Da Nang the morning of the 3d. MACV liaison officers met General Karch and his group as they landed and escorted them about the airbase and landing beaches. At 1600, the MEB staff boarded its plane for the return flight to Subic Bay.

The next day, the general issued a warning order to BLT 3/9, which had been off the coast of Da Nang in Navy amphibious shipping since early February, to be prepared "to administratively land the landing force." The BLT commander, Lieutenant Colonel Charles E. McPartlin, Jr., was to land his battalion at RED Beach 2, north of the airbase and west of the city of Da Nang, and move by truck convoy along Route 1 to defensive positions at the airfield.20*

At the same time, the Marines and the Navy made refinements in dispositions of their tactical units. BLT 2/9, embarked on the ships of the amphibious ready group, relieved BLT 1/9 at Subic Bay. The JUNGLE DRUM III exercise was rescheduled for 14-31 March and was scaled down from a MEB-size exercise with only BLT 2/3 slated as the participating unit.

General Karch flew back to Da Nang on 6 March and joined Admiral Wulzen on board the Mount McKinley, which was 10 miles off Da Nang with the rest of the task force. As the MEB commander later recalled:

* Lieutenant Colonel McPartlin had enlisted in the Marine Corps in 1932. A first sergeant at the outbreak of World War II, he was commissioned a second lieutenant in 1942. He saw combat in both World War II and Korea.