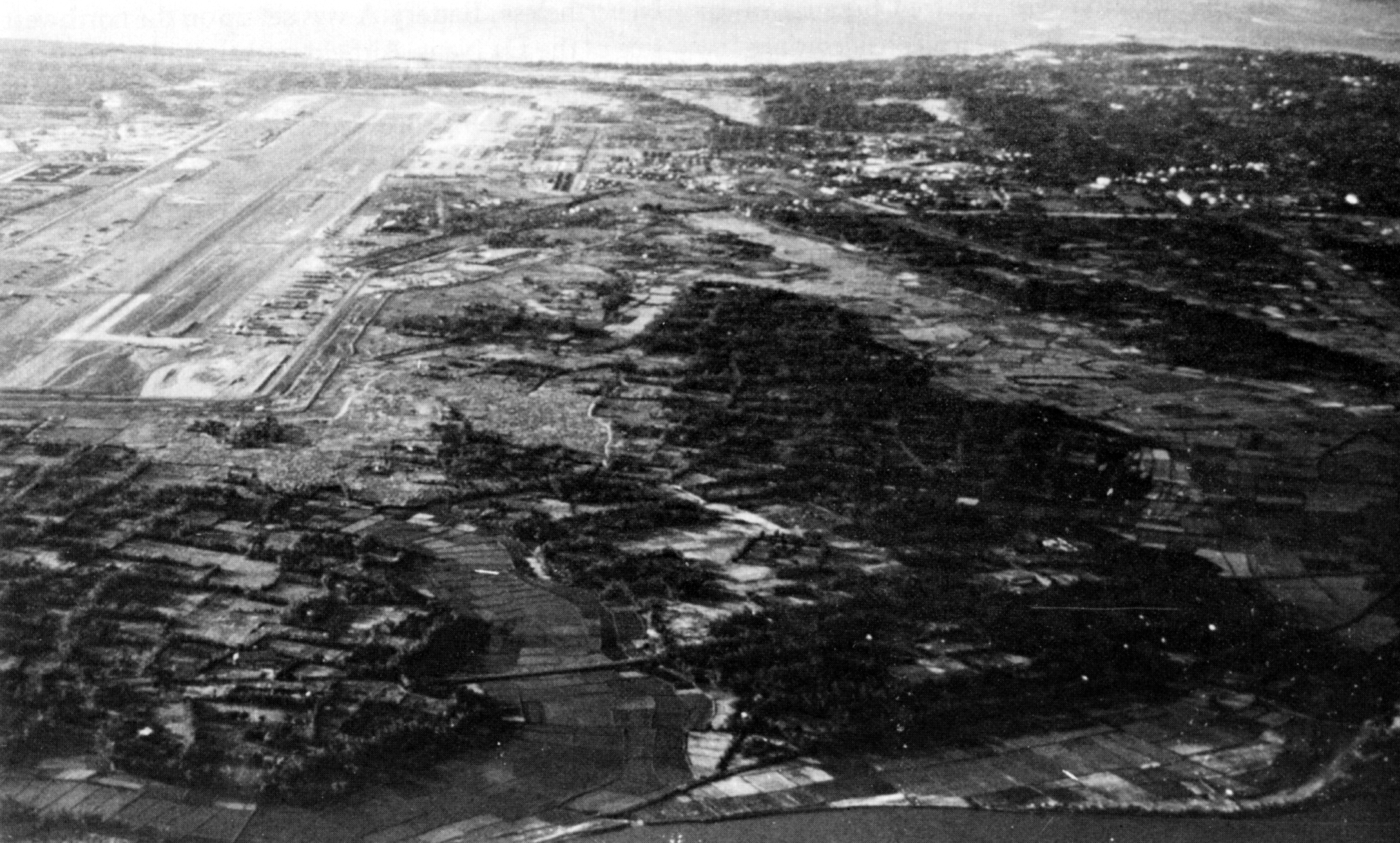 An aerial view of Da Nang Airfield looking toward the northeast. The city of Da Nang is to the right or east of the airfield.

Japanese had built during their occupation of the airfield in World War II. Lieutenant Colonel Cook housed the battalion's command post in an abandoned French military compound adjacent to the airfield located midway between the two firing batteries. The Marine LAAM battalion and Air Force detachment established a communication network, linking the two batteries, the battalion CP, and the AAOC/CRP. On 18 February, Company C, 7th Engineer Battalion, a Force Troops unit of FMFPac, arrived on board the amphibious tank landing ship USS Vernon County (LST 1161) at Da Nang from Okinawa to provide construction support for the LAAM battalion. The HAWK deployment to South Vietnam was complete.8

Although chances of air retaliation by the small North Vietnamese Air Force were slim, the U.S. Government considered that the deployment of the HAWK missiles in conjunction with the air strike, code named FLAMING DART, on 7 February, would convince Hanoi of American determination to support South Vietnam. The Communists, nevertheless, continued attacks against U.S. installations. On 10 February, the Viet Cong destroyed a U.S. enlisted billet in the coastal city of Qui Nhon, killing 23 U.S. soldiers and wounding 22 others. Once more, President Johnson, on the recommendation of the Joint Chiefs, ordered U.S. aircraft to bomb the north in retaliation. On 11 February, more than 100 Navy carrier planes in FLAMING DART u struck at military targets in North Vietnam.9

During this period, American authorities in Vietnam and Washington were reappraising the U.S. effort in Vietnam. In early February, President Johnson sent a delegation, headed by Presidential Special Assistant McGeorge Bundy, to Vietnam. The President specifically instructed Bundy to discuss with General Westmoreland and Ambassador Taylor the feasibility of air strikes against North Vietnam and the value of such attacks in deterring the Communists. Returning to Washington after the