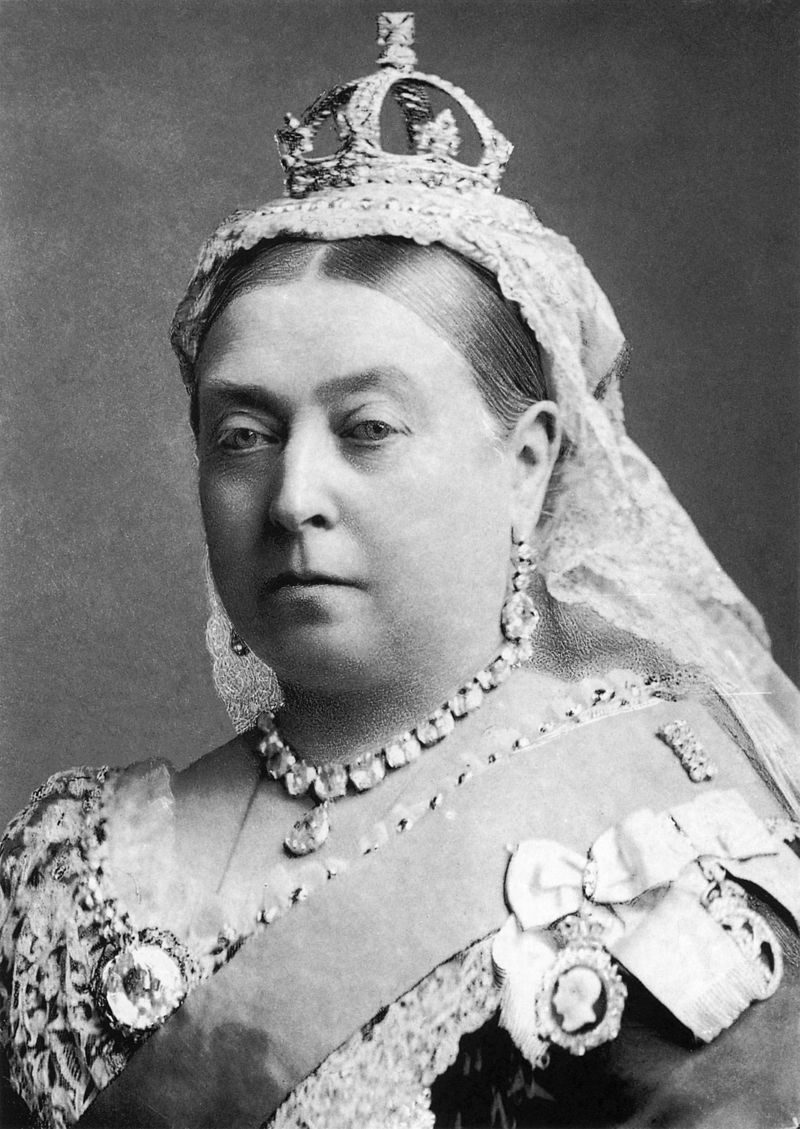 Victoria was born on May 24th, 1819, to Edward, Duke of Kent, and Victoria of Saxe-Coburg-Saalfeld. Upon her birth, she was fifth in line for the throne, after her father’s three older brothers (None of whom had children which survived into adulthood), and her father. Edward passed away when Victoria was not yet a year old, moving her closer to the throne. While she was an energetic and outgoing child, her mother placed protective, and excessive restraints, known as the Kensington System, on her. These rules forced her to be reliant upon the various older gentlemen in her life, namely John Conroy, for nearly everything. It also prevented her from spending time around the courts.

In 1837, William the fourth passed away, leaving the 18-year-old Victoria as the new Queen of a global Empire. Immediately upon her coronation, she cut off as much communication with her mother as possible, refusing to be under her influence any longer. She did however gladly accept the guidance of Lord Melbourne, who was Prime Minister when she ascended to the throne.

Her relationship with Melbourne, however, did lead to two crises early in her reign. The Hastings affair occurred in 1839 when Lady Hastings, one of Victoria’s mother’s consorts, developed a growth on her abdomen that many believed was an out of wedlock pregnancy with John Conroy. The Queen forced Hastings to undergo an examination for pregnancy, out of her distaste for Lady Hastings and John Conroy. When the populace learned that Victoria had been wrong in her accusations, they gossiped vigorously about her and her decisions. Shortly after this, the second crisis, “the bedchamber crisis”, of her young reign occurred. Lord Melbourne resigned his post as Prime Minister in 1839, after political defeat, and Sir Robert Peel took over his position. He requested of the queen that her “Whig”, Lord Melbourne’s party, ladies of the bedchamber, be replaced with Tories, to reflect the new parliament under Peel. Victoria vehemently declined to agree with the wishes of Peel, thus leading to his declining to accept the office of Prime Minister, and allowing Lord Melbourne to, sheepishly, take back on his duties in the position.

In 1839, Victoria became romantically involved with Prince Albert of Saxe-Coburg and Gotha, her first cousin, and married him on February 10, 1840. Albert became a dominant influence on the young queen, with her seeking his approval in most matters. The lovers would eventually have nine children. These children would, along with their offspring, marry the nobility of nations throughout the western world, effectively making Queen Victoria the “Grandmother of Europe.”

From 1840 to 1860, Victoria survived attempts on her life on five different occasions, sustaining only one minor bump to her forehead from a cane. Her rule during these years was not solely of her own accord, she often relied upon her husband to make many royal decisions, ranging from building palaces, to finances, to actual decrees. Victoria went through eight Prime Minister during this time, and watched as they dealt with problems facing the nation, both from within and from without.

1861 was the darkest year of the Queen’s life. In March, Victoria of Saxe-Coburg-Saalfeld, mother of the queen, passed away. Victoria, after having long been on not the best of terms with her mother, was heartbroken after having found papers describing the love her mother had for her. But the worst was still to come. During her time of grieving after her mother’s death, Albert, despite his own poor health, took on many of the queen’s duties. On December 14th, after battling what is believed to have been typhoid fever, Albert perished in his bed. Victoria was inconsolable, refusing to appear in public for several years. She would also wear black for the rest of her life, as she was self-described as continually in mourning for the loss of her dear Albert.

Victoria largely withdrew from public life after the death of the Prince Consort. For nearly 25 years she remained aloof, living in the seclusion of her castles, and only performing her basic governing duties. While she was withdrawn, however, the British Empire continued to expand in population, area, technology, and knowledge. Australia, India, Canada, and other nations became completely under British power. The empire saw infrastructure revamped, and communication methods developed everywhere. Charles Darwin created his theory of evolution during Victoria’s reign as well. In the 1880s Victoria reentered public view, gaining a resurgence in favor and loyalty from her subjects.

The political state of the empire was thrown greatly in flux during her later years. Liberal and Conservative parties found their way out of the ashes of the Tories, and fought a back-and-forth battle of political power for decades. On September 23, 1896, Victoria became the longest ruling British Monarch, although she has now been surpassed by her great-great-granddaughter Elizabeth II. A little under five years later, on January 22, 1901, the Queen passed away at the age of 81. surrounded by her children and grandchildren. She left behind most of her own children, 34 grandchildren, relations to nearly every royal family in Europe, and the style and times known as Victorian England.