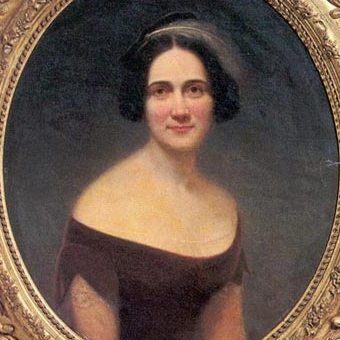 When Mary was thirteen, she began a courtship with James Chesnut, from a nearby plantation. The courtship resulted in marriage in 1840, and the couple moved to Mulberry, the Chesnut family plantation near Camden. They lived with James's grandparents, his parents and his two sisters. With so many women on the plantation, Chesnut had little to do. She filled her days with reading and entertainment. She also taught the slaves how to read and write, something she had begun as a child at Mount Pleasant.

James served in the United States Senate, but resigned in 1860 when Lincoln became president. Chesnut and her husband remained active in politics, ardent supporters of Jefferson Davis and the Confederacy. James became an aide to Jefferson Davis, while Mary and Varina Davis became lifelong friends. While her husband supported the war through his political activities, Mary remained at home, sewing shirts for soldiers and providing provisions to local hospitals. When the war ended, Mary and James returned to Mulberry, deeply in debt and near bankruptcy. With the help of their former slaves, now paid farmhands, they were able to rebuild the plantation and became prosperous once again.

It was toward the end of her life that Mary decided to publish the diary she had kept throughout the Civil War. She carefully edited it for publication, so historians question the strong anti-slavery sentiments prevalent throughout the diary. Published in 1905, the diary includes tales of mistreatment of slaves, including instances of slaves being shot out of fear they would join the Union and attack their masters. Chesnut also claimed to dislike slavery because it was unprofitable, and because she believed slaves were "dirty Africans." Unfortunately, it is hard to know if she really believed what she wrote, or if she changed it for later readers who, after the Civil War, likely were not Confederate sympathizers.