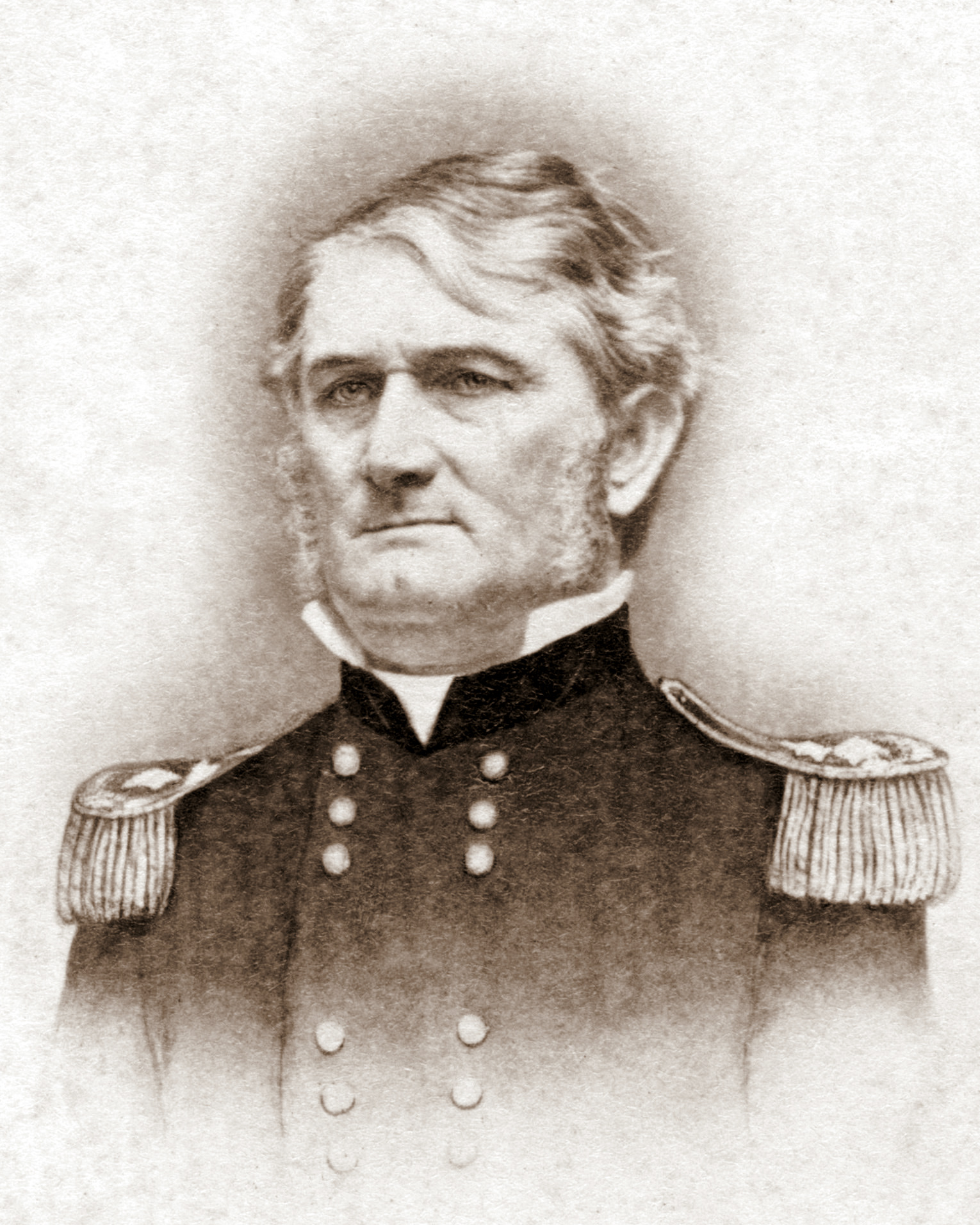 An ordained Episcopal bishop who took a commission as major general during the Civil War. He was killed during the Atlanta Campaign. Leonidas Polk had gone to West Point (class of 1827) but only months after graduating he dropped out of the army. He entered the Episcopal Church, rising to be a bishop in 1838 and bishop of Louisiana in 1841. His old friend Jefferson Davis finally persuaded Polk to join the Confederate service in mid-summer 1861.

Polk jumped straight in as a Major General, and his first assignment was to working to secure and fortify the Mississippi River. He crossed into Kentucky, finally breaking a neutrality that was never going to last. While there he moved his command around as enemy movements required; part of his troops were ferried across the river and helped repulse Grant's move on Belmont, Missouri. When the Confederates lost Island Number 10 and New Madrid, Polk had to withdraw, and he ended up commanding a Corps under Albert Sidney Johnston. He fought at Shiloh, then at Corinth, and was promoted to command the Army of Mississippi when Davis reshuffled Confederate command in the West. He served under Braxton Bragg (there was plenty of friction between them, as between Bragg and most officers), who was the administrative and strategic head in the west.

Polk led his army at Perryville, then in a reorganization he commanded a Corps through 1863 and the battles of Murfreesboro, the Tullahoma Campaign, and Chickamauga. He wasn't a very good general, and Bragg wanted him sacked for his actions at Chickamauga. Polk had already urged Davis to remove Bragg, and because he was friends with Davis, he won the argument. The incipient court-martial that Bragg had opened was stopped; Polk was transferred to the quieter portions of Mississippi in late 1863. The Union weren't looking to conquer the whole state, and he administered things and tried to gather troops and supplies. When Union pressure increased, even his small force (a Corps grandiosely called the Army of Mississippi") was called up. They moved to north Georgia to help protect Atlanta.