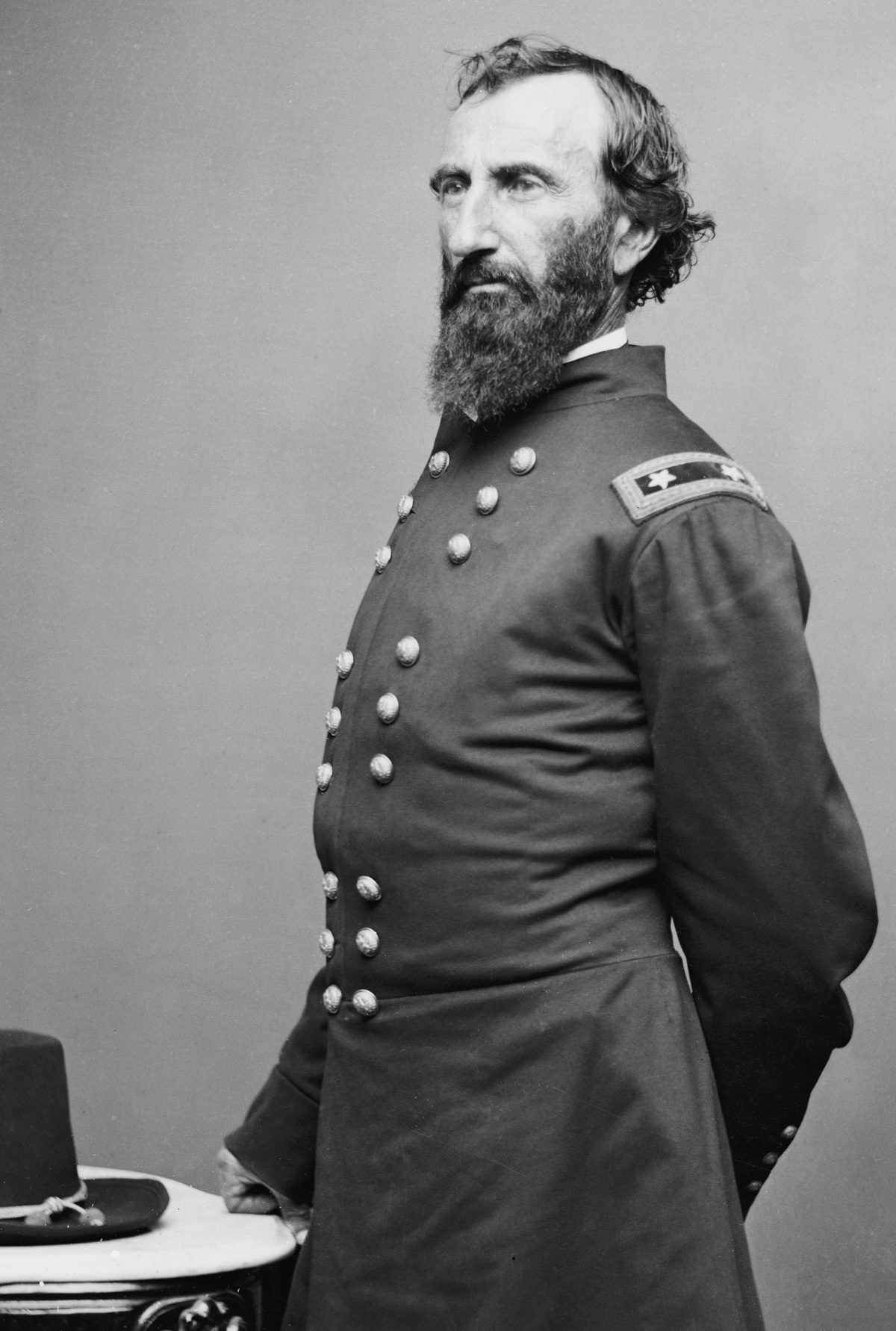 "A political general that vied with Grant for fame and control of the army, he was finally sent back to Illinois." John McClernand nurtured a long career as a public servant, serving as a legislator, a general, and a judge. He was born on May 30, 1812 in Breckenridge County, Kentucky but grew up in Shawneetown, Illinois. McClernand passed the bar in 1832, after which he worked as a trader for a couple of years and later established a newspaper, the Shawneetown Democrat. He was elected to the Illinois Legislature four times (1836, 1840, 1842, and 1843) and to Congress for the first time in 1843, serving four terms, leaving in 1851. He was again elected to Congress in 1861 but shortly resigned to take a commission as a Brigadier General in the Union Army, even though he lacked military experience (he had served briefly in the Black Hawk War.)

McClernand was given a brigade in Missouri, serving under General Ulysses S. Grant, and performed well at the engagement at Belmont, Missouri, where the Union forces surprised the Confederates and pushed them from their positions. Believing the day was won the Union soldiers began celebrating and McClernand started a political speech. However, the Confederates ferried reinforcements across the Mississippi, rallied, and routed the attackers. McClernand cut short his harangue. In February 1862, Grant elevated McClernand to command of the 1st Division, Department of the Missouri, which he led in the advances on Forts Henry and Donelson. The U. S. Navy, under the command of Admiral Foote, took Fort Henry without any help from the Army. But at Fort Donelson, McClernand, on the right flank, was attacked by the Confederates and was being pushed back when Grant arrived just in time to take control and stop the Confederate advance.

In March 1862, McClernand was promoted to Major General and commanded the 1st Division, Army of the Tennessee. He led the division at Shiloh and Corinth and was soon back in Illinois to raise troops, a job at which he excelled. After his recruitment duties, Lincoln put him in charge of the Vicksburg operation, but Grant, who didn't like McClernand (and vice versa), started the campaigna campaign which began with Sherman's defeat at Chickasaw Bayou before McClernand arrived to take command.