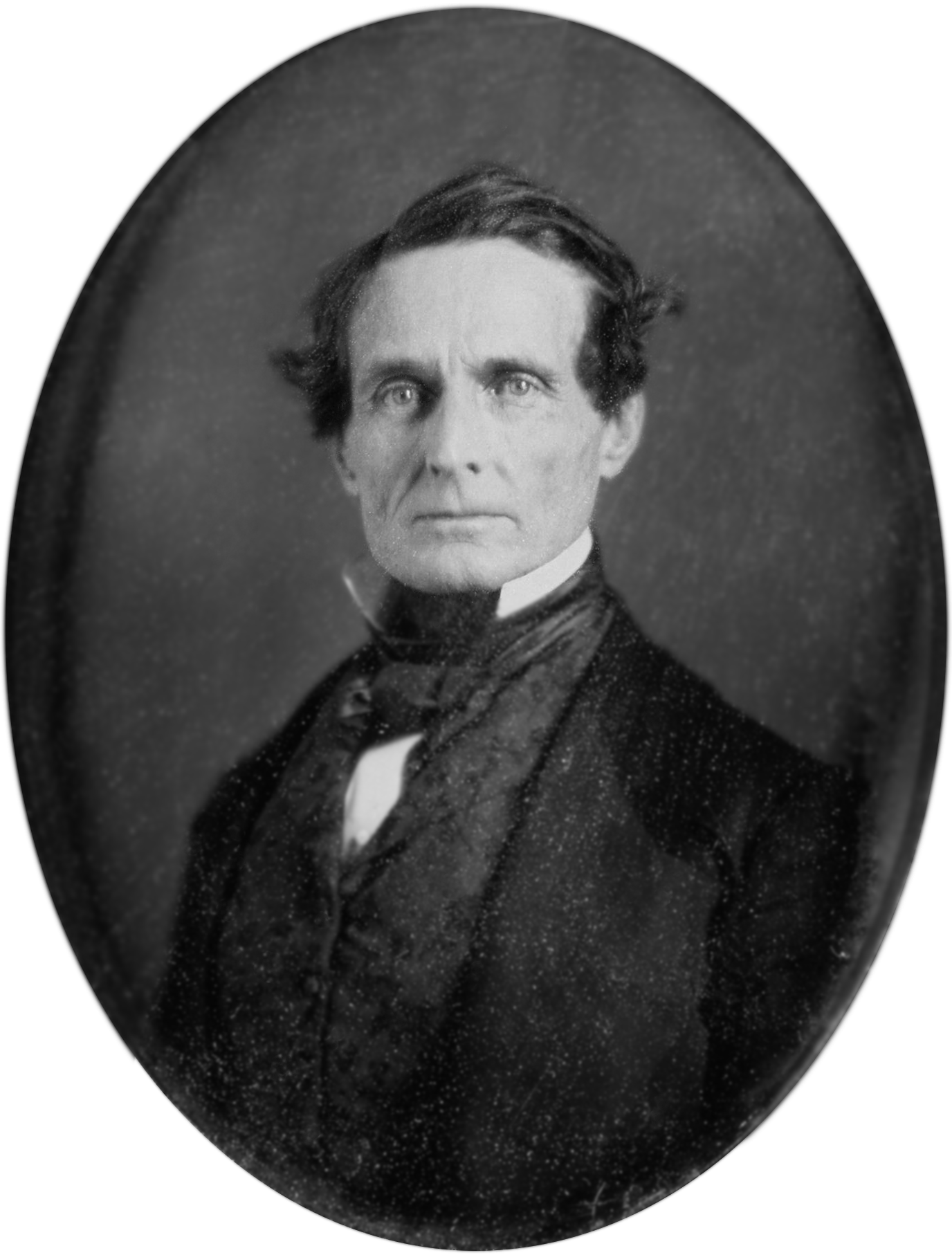 President of the Confederate States of America during the Civil War. Jefferson Davis was born on June 3, 1808, in Kentucky. His family migrated to Wilkinson County, Mississippi, while Davis was still a young child. In Mississippi, Davis attended many of the local schools before receiving an appointment to West Point, graduating in 1828. In 1832, he served in the Black Hawk War. In 1835, Davis resigned from the Dragoons and eloped with Sarah Knox Taylor, the daughter of Zachary Taylor. However, Sarah died just a few months after their wedding of either yellow fever or malaria. He married Varina Howell in 1845. He ran a cotton plantation in Warner County, Mississippi, and in 1844, he was elected to the US House of Representatives. He resigned his seat in 1846 to command a regiment of Mississippians in the Mexican War, where he was wounded at the Battle of Buena Vista. After the Mexican War, Davis was elected to the US Senate, where he served until becoming a member of President Franklin Pierce's Cabinet , serving as Secretary of War. After Pierce's tenure in office, Davis returned to Mississippi where he was elected again to the US Senate. Davis served in the Senate until January 1861, resigning when the state of Mississippi seceded from the Union.

On February 9, 1861, the Provisional Government of the Confederacy appointed Davis President of the Confederacy, and he was officially elected President in November 1861. As President he tended to support Generals who did not perform very well (Bragg and Pemberton) over those who did (Beauregard and Joe Johnston.) However, he did have a good relationship with Robert E. Lee. Davis didn't get along with many in the Confederate Congress or his cabinet (especially Alexander Hamilton Stephens.) He tried to centralize the Confederate Government at the expense of state governments, which caused tensions between the two entities, since one of the reasons the Southern states seceded was to gain more state autonomystates rights.

After the war Davis was capture at Irwinville.