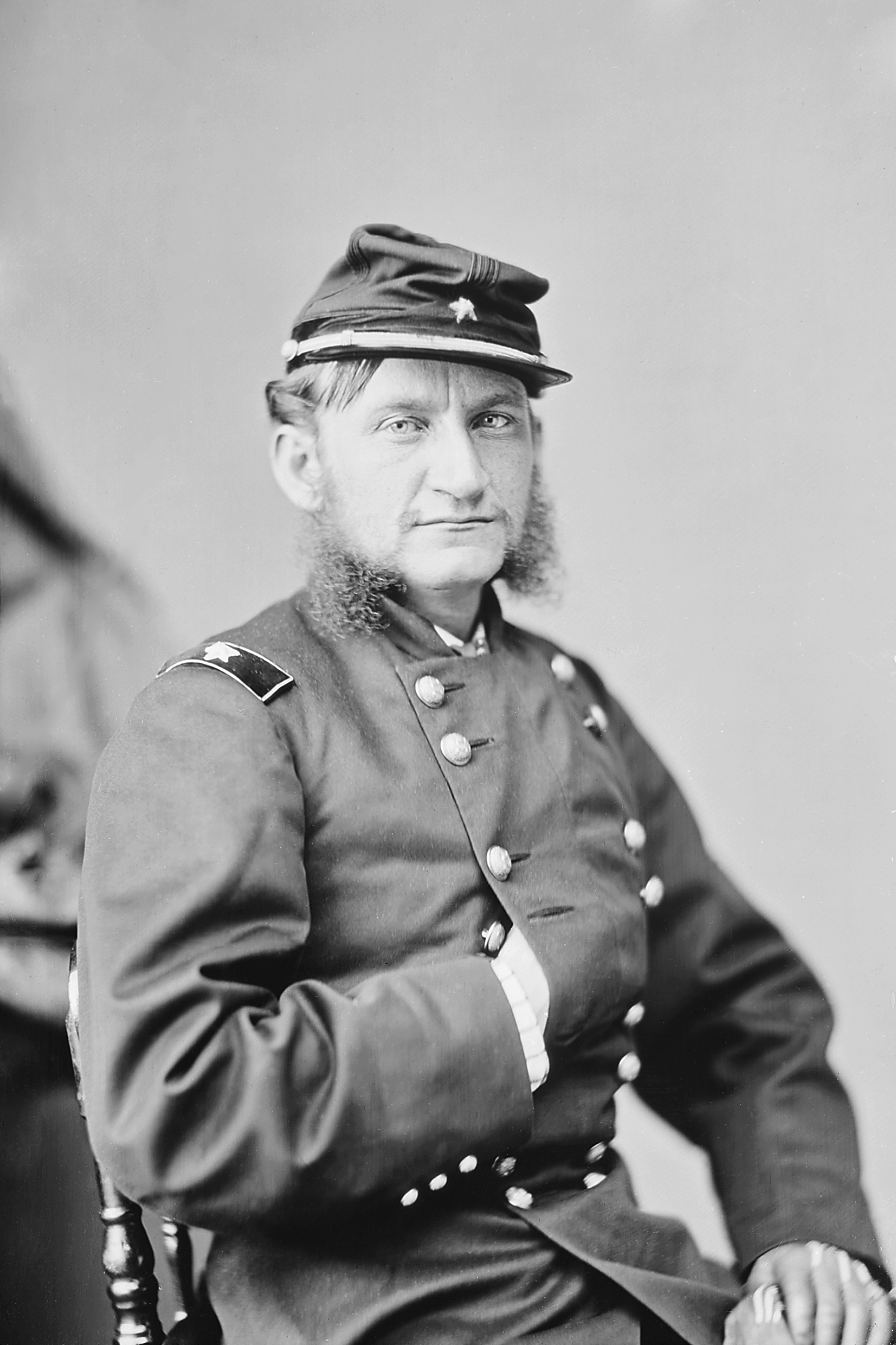 "Major General Hugh Judson Kilpatrick was one of the Union's cavalry commanders. Notorious for his leadership of the Kilpatrick-Dahlgren raid on Richmond, which had the alleged objective of killing President Jefferson Davis and his Cabinet.

" Hugh Judson Kilpatrick was born in New Jersey and received a limited education in the local schools. He graduated from West Point in May of 1861, just in time for the War.

He was in command of a company of the 5th New York Infantry at the Battle of Big Bethel, and was the first Regular Army officer wounded in the War.

Kilpatrick was then assigned to the 2nd New York Cavalry. He saw action at Falmouth, Thoroughfare Gap and 2nd Manassas.

He commanded a brigade in Stoneman's raid toward Richmond, and at Beverly Ford. After his promotion to brigadier general in June of 1863, he was given command of a division.

Kilpatrick commanded a cavalry division under General Pleasonton at Gettysburg. He ordered the disastrous cavalry charge of Brigadier General Elon Farnsworth's brigade on the third day of the battle. The brigade was severely outgunned and the result was heavy casualties and the death of Farnsworth. Kilpatrick was criticized for poor judgment.

In late February of 1864, Kilpatrick, assisted by Colonel Ulric Dahlgren, attempted a daring cavalry raid on Richmond. The raid was a failure and Dahlgren was killed.

The stated objectives were to disrupt Confederate lines of communication, cause panic at the seat of government and liberate Union prisoners held at Libby Prison and on Belle Isle. However, documents found in Dahlgren's possession indicated that the real agenda was to burn Richmond and to kill President Davis and his Cabinet. These papers were published and a scandal ensued.

Kilpatrick commanded a cavalry division in Sherman's campaign against Atlanta. He was wounded at Dalton, but recovered quickly. He was able to serve in Sherman's March to the Sea.

Postwar, Kilpatrick was appointed by the President to be Minister to the Republic of Chile. While serving in that capacity, he made an unsuccessful run for Congress in 1880.

He died in Santiago, Chile in December of 1881. He is buried at West Point.