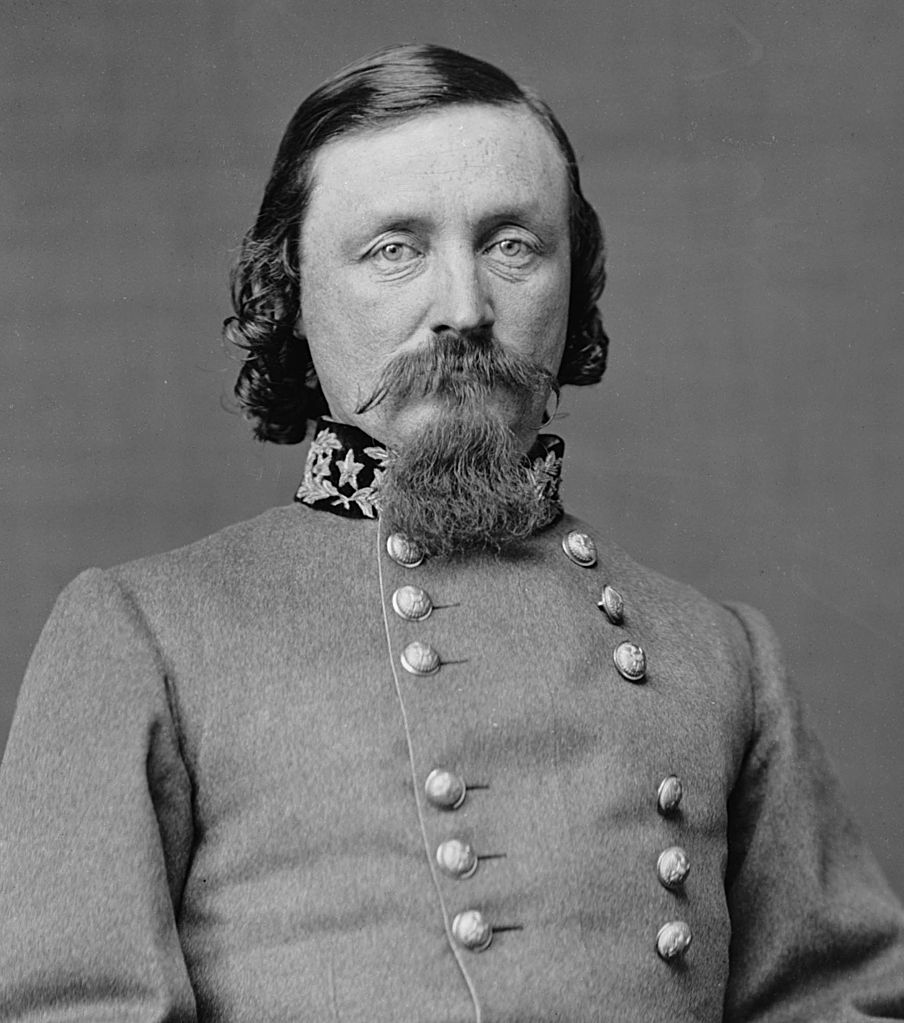 General Pickett is most known during the action at Gettysburg on 3 July 1863 when his Virginians charged the "high water mark" and were repulsed after having endured severe and copious losses. George E. Pickett was from an old Virginia family that arrived in the colony in 1635. He attended West Point Military Academy graduating with the class of 1846.  Pickett's academic standing at graduation placed him in the infantry and he was assigned to the 8th Infantry and sent to Texas.  As an untested army officer  Lt. Pickett received two brevets for his gallantry during the Mexican War.

When the 9th U. S. Infantry was formed, Pickett was promoted to first lieutenant and then to captain.  While in command of the 9th Infantry Pickett was involved in the "Pig War," an altercation on San Juan Island between American farmers and the Hudson's Bay Company over a pig, nearly causing war between America and Great Britian.

After the outbreak of the Civil War, Pickett resigned his commission with the United States Army and accepted a position with the Confederate Army.  He was wounded at the Battle of Gaines's Mill on June 27, 1862.  Pickett is probably most well-known for his actions during the Battle of Gettysburg.  He was one of three Confederate generals who lead an infantry assult against Union General George Meade.  The charge failed spectacularly, and the Southern war effort never rebounded after Gettysburg.

Pickett was present at the Appomattoc Court House when Confederate forces surrendered on April 9, 1865.  Fearing that he would be arrested and executed, Pickett, along with many other former United States Army officers, fled to Canada.  He returned in 1866 after being assured that he would not be prosecuted and on June 23, 1874 was issued a full pardon by the United States Congress, a move that was supported by many Union officers, including Ulysses S. Grant.

Pickett lived out the rest of his years in Virginia, where he worked as an insurance agent.  He died in Norfolk, Virginia on July 30, 1875.  He remains one of the most popular figures in the Confederacy.