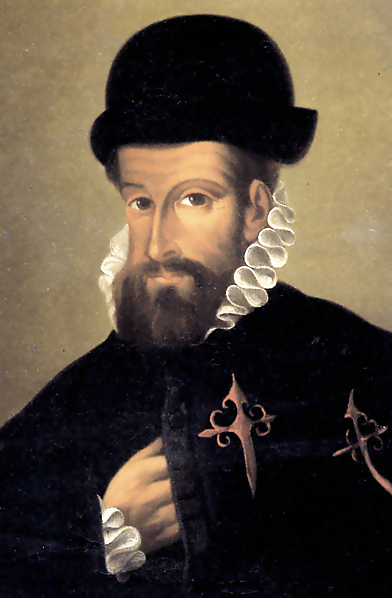 Francisco Pizarro Gonzalez was the illegitimate son of a Spanish infantry colonel.  He was a distant cousin of Hernan Cortes, and was excited by reports of riches beign found in the New World and the success of his cousin.  He first sailed to the New World with Alonzo de Ojeda in November, 1509.  He returned many times.  One of his more memorable trips was with Vasco Nunez de Balboa on his journey to the Pacific.  He participated in the arrest of Balboa and was awarded with the position of mayor of Panama City.

Pizarro is most well-known for his role in the conquest of Peru and the Incan Empire.  After two unsuccessful attempts in 1524 and 1526, he returned to Spain to garner support from King Charles I.  In 1530 he began his final assult to conquer the Inca reigon and people.  The Battle of Cajamarca took place on November 16, 1532, Pizarro and the Spanish forces were successful, and Pizarro ordered the execution of the Incan emperor, Atahualpa.  The act was a controversial one, with other conquistadors and Charles I disapproving of Pizarro's actions.

After the conquest of Peru, Pizarro founded the city of Lima on January 18, 1535; he considered this the most important act of his life.  Pizarro quarrelled with his longtime comrade-in-arms, Diego Almagro, resulting in the Battle of Las Salinas.  Almagro was captured and executed by Pizarro's forces, and his son, Diego Almagro II later stormed Pizarro's palace and assasinated him on June 26, 1541.