The Sinking of USS Indianapolis 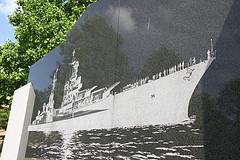 Off the Mare Island Navy Yard, California, 10 July 1945, after her final overhaul and repair of combat damage.
Photograph from the Bureau of Ships Collection in the U.S. National Archives.

USS Indianapolis, a 9,800-ton Portland class heavy cruiser, was built at Camden, New Jersey. Commissioned in November 1932, she operated in the Atlantic and Pacific during the peacetime years. During the 1930s, she hosted President Franklin D. Roosevelt on several occasions, among them a voyage to South America in November and December 1936.

Following the U.S. entry into World War II, Indianapolis operated with carrier task forces in the southwestern Pacific until Spring 1942, when she took up station in the Alaska area. She served there for over a year, sinking a Japanese transport in February 1943. Later in 1943, Indianapolis became Fifth Fleet flagship. In that role, into mid-1944, she took part in operations to capture the Gilberts, Marshalls and Marianas, plus strikes on Japanese positions elsewhere in the central Pacific. She also participated in the Peleliu invasion in September 1944. 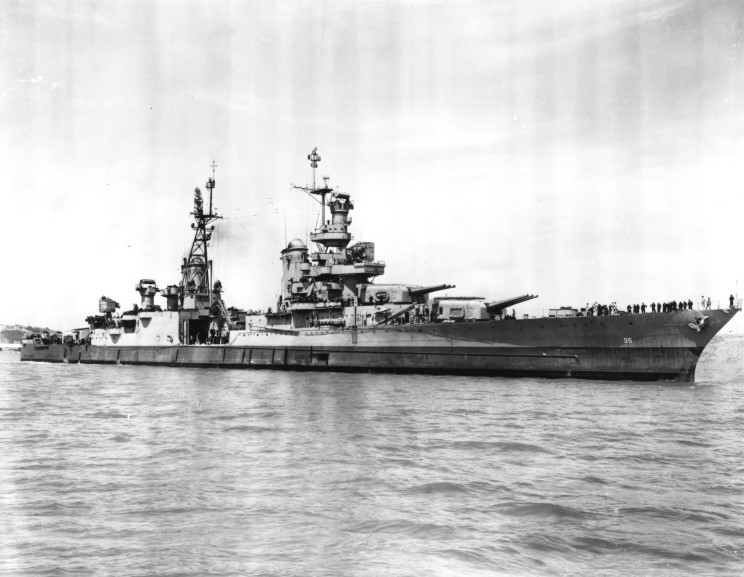 In February and March 1945, Indianapolis, again flagship of the Fifth Fleet, joined in attacks on Iwo Jima, the Japanese home islands and the Ryukyus. During the latter operation, on 31 March 1945, she was damaged by a Kamikaze plane. In late July, following repairs, Indianapolis made a high speed transit from California to Tinian to deliver atomic bomb components. She then sailed for the Philippines. Shortly after midnight on 30 July 1945 she was torpedoed by the Japanese submarine I-58 and sank quickly. Due to communications and other errors, her loss went unnoticed until survivors were seen from a passing aircraft on 2 August. Rescue efforts over several days saved only about a quarter of her nearly 1200-man crew. 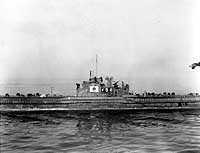 I-58, a 2140-ton "B(3) Type" submarine, was built at Yokosuka, Japan. Completed in September 1944, she was modified in 1945 to carry the "Kaiten" manned torpedo. On 30 July 1945, while operating between the Marianas and the Philippines, she encountered the U.S. heavy cruiser Indianapolis and sank her with conventional torpedoes. I-58 was surrendered at the end of World War II, and was scuttled off Goto, Japan, on 1 April 1946.