A Different Horse: Alternate Interpretations of the Trojan War

The story of the Trojan War, as recounted in Homer's Illiad, Odyssey and in The Aeneid of Virgil, have for centuries been viewed as either literal truth or as a legend.

An overview of the famous Athenian general.

An Anniversary to Remember

Following the Civil War, veterans began gathering at reunions to renew old friendships with those they shared a common bond. The largest of these events made headline news around the world and took place in 1913 at Gettysburg, Pennsylvania.

Almost a decade has passed since he gave us the commanding performance as Colonel Joshua L. Chamberlain in the film Gettysburg. Now, Jeff Daniels reprises his role in Gods and Generals, the prequel to Killer Angels. Jeff graciously granted me an interview to talk about his portrayal of Colonel Chamberlain.

An Interview with Ron Maxwell 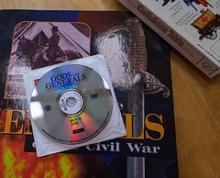 Catching up with Ron Maxwell to do this interview was tricky. His schedule was filled with tying up the loose ends of Gods and Generals. In fact, we had postponed this interview so many times that I began to wonder if Ron Maxwell was merely a pseudonym and perhaps that was the real story I should pursue. But fate finally intervened and Ron, stuck in traffic on an L.A. freeway while on his way to a sound studio, was finally all mine.

An Interview with Stephen Lang: Bringing Stonewall Jackson to Life

We watched in awe as he offered us the exceptional performance as General George Pickett in Gettysburg. Now, Stephen Lang takes the lead in Ron Maxwell's prequel entitled Gods and Generals. Stephen shares many of this thoughts and perspectives on these two Generals.

One of the strangest innovations in warfare began around 4000 BC with the training of elephants in the Indus River Valley. 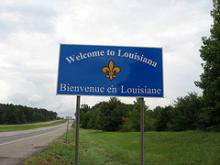 This paper paints with a broad brush, for it covers the final days of the War between the States in the capitol cities of Richmond and Shreveport, including the attempt by Confederate President Jefferson Davis to travel the 900 miles between the two in April and May of 1865. It will give emphasis to developments in and around Shreveport, as they are less known. Now to do justice to the latter, I need to tell you something of Shreveport as it was, and would become, in the war years.

Barrel Roll, 1968-73: An Air Campaign in Support of National Policy 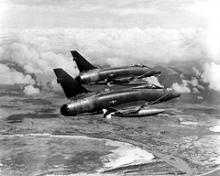 BARREL ROLL was the US air campaign conducted over Laos in support of the Royal Lao Government.

First person account of the Battle for Dong Ha