The Greatest Inventions In The Past 1000 Years 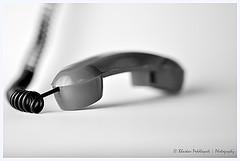 This article was written in the year 2000.

During the technology feeding frenzy of the late 1990s many experts declared the Internet one of the most important inventions since the Industrial Revolution. However, after the happenings of the past few years that perspective has changed. While the Internet and the World Wide Web have certainly impacted the lives of many millions of people it is certainly not the greatest invention of the past millennium, in fact it might not even make the the top ten.

Edge Foundation, Inc., "What Is The Most Important Invention In The Past Two Thousand Years?"

Gordon, Robert J. Does the "New Economy" Measure up to the Great Inventions of the Past? NBER Working Paper No.w7833 Issued in August 2000