Combined Arms in Battle Since 1939 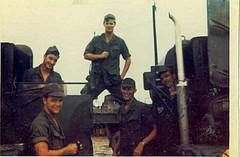 The village complex of Dien Bien Phu lies in the center of a large valley in northwestern Vietnam approximately 180 miles from Hanoi. This rich, fertile valley is some 12 miles long and 8 miles wide and is completely surrounded by tall, jungly mountains whose peaks rise to over 3,000 feet in many places. By 1953, the village had served as an administrative center for the Vietnamese government for over seventy years, being an important marketplace for two important local cash crops-rice and opium. An important regional crossroads, it sat on Provincial Road 41, the major north-south highway in the area, and controlled Vietnamese access to Laos, only eight miles to the west.

Opposing the French were Vietnamese Communist nationalists under the leadership of Ho Chi Minh. Ho had organized the Vietminh to oppose Japanese occupation forces during World War II and continued to lead them against France when that country attempted to reestablish colonial rule in 1946. His goal was to create a unified, independent Vietnam under his leadership. The senior Vietminh commander was Vo Nguyen Giap, a former history teacher and long-time supporter of Ho Chi Minh. With the cessation of hostilities in Korea, the Chinese Communists were able to provide increasing military assistance and hardware to their allies to the south. Given this new level of aid, Ho and Giap sought to go on the offensive against the French and drive them from Indochina.