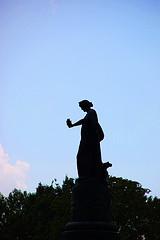 Every now and again we are blessed with a writer who is dedicated to setting the historical record straight. John Perry is such a writer. In Lady of Arlington, Perry has taken great strides to correct our misunderstanding of Mary Custis Lee—wife of the most beloved general of all time Robert E. Lee, and great-granddaughter of Martha Washington. Mary, often portrayed in a negative light wherever her name appears in the annals, has found an admirer in Perry who uses her personal diary, as well as letters written to family and friends, to shows us a courageous, devoted, artistic woman who had an unwavering faith in God and a relentless spirit that enabled her to triumph over early illnesses, personal losses, and crippling arthritis. Perry uses Mary's own words and actions to show us the strength of her spirit that seemed to have developed as early as during her childhood days at Arlington, the family home nestled on a peaceful wooded hillside outside of Washington DC. Lady of Arlington is authentic, beautifully told, and flows with ease. It is devoid of endless details and instead unfolds into the wonderful story of her life—what the endless summer days were like growing up at Arlington; how excited she felt when she realized she was in love with a man whom she'd known since childhood; how the beauty of the morning glories and the honeysuckle in the gardens of Arlington deeply inspired her creativity; and the delight she felt with the birth of each of their seven children.

Perry pays special attention to Mary's attachment to Arlington, and rightly so. It was not only her childhood home, it was also the location where she spent many of her married years raising the Lee children while her husband was off on one army assignment or another. Poignant excerpts guide the reader through her feelings of dread the day she received a written warning from her husband after the war began, urging her to take the children and leave Arlington—the only place she ever called home. Everything she treasured—the grounds, the sweet scent of the rose gardens, George Washington's personal papers, the carpets and drapes that had belonged to Martha Washington—all were in jeopardy of being lost to the Federals who were planning to attack Arlington Heights. The only event that would be more disheartening to her would come later in life with her repeated, unsuccessful attempts to reclaim her home from the Yankees after the war. Do you think you know everything there is to know about Robert E. Lee? Read Lady of Arlington and become acquainted with the woman who walked in his shadow but was a guiding light and a pillar of strength not just during the darkest days of the Confederacy, but throughout all of her life.